Newly funded SRP Centers doing innovative research to understand the connections between hazardous substances and human health were in the spotlight during the Fall 2020 SRP Progress in Research Webinar series. This Feature highlights the recently funded centers and their interdisciplinary research to mitigate the effects of exposures to metals, legacy contaminants, and emerging contaminants.

Mitigating the Effects of Metal Exposures

Vulnerable populations residing near sources of heavy metal pollution, such as abandoned mines and Superfund sites, exhibit a higher burden of disease. SRP researchers are leveraging their current research and innovating to understand and mitigate the effects of exposure to metals, such as arsenic and cadmium, and improve public health. 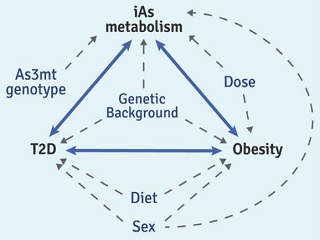 To explore how arsenic is linked to metabolic disorders, UNC SRP Center researchers developed a humanized mouse model that resembles arsenic metabolism in humans. The team is testing the role of micro RNA (miRNA) and transcription factors, which are involved in gene expression, as biomarkers for arsenic-induced diabetes. They recently observed that male mice could be more susceptible to arsenic-induced diabetes than females. By elucidating these mechanisms, the team hopes to open novel therapeutic avenues for future investigation.

Led by Quan Lu, Ph.D., researchers at the Harvard University SRP Center focus on addressing later life neurological disorders associated with exposure to harmful metals in drinking water, including understanding how rural communities are exposed through private wells and municipal water supplies. Using advanced spatial and statistical models, center scientists are developing a novel tool to predict and identify the extent of exposures for populations near Superfund sites and are developing low-cost advanced selective sorbent materials to reduce exposure to metals.

Harvard SRP Center researchers are also exploring the developmental origins of health and disease related to metals exposure using animal models and human baby teeth as a biomarker of early life exposure. The team is conducting a study among a subset of a population that donated baby teeth in the 1950s to examine whether metal exposures are related to late life cognitive health, such as Alzheimer’s disease. Additionally, they are working to establish miRNA from extracellular vesicles in blood as novel biomarkers for neurotoxicity and cognitive impairment resulting from metals exposure. 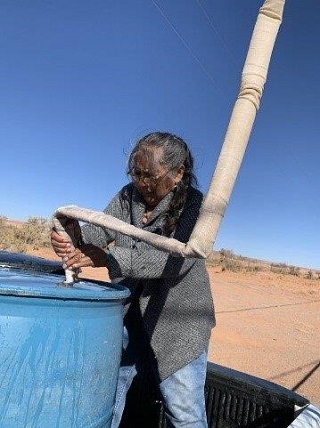 At the University of Arizona SRP Center, under the leadership of Raina Maier, Ph.D., researchers explore the health consequences of exposure to metals and arsenic in mine waste among Native American communities in the arid Southwest. They use innovative community-engaged approaches that incorporate local knowledge to inform research. For example, the team created Voices Unheard, a project that captures oral stories from community members living near two Superfund sites in Arizona.

The team is optimizing phytostabilization strategies, planting vegetative crops directly on mine tailings, to immobilize the metals so they cannot be spread by wind or through water erosion to nearby communities or ecosystems.

University of Arizona SRP Center scientists also study the mechanism by which exposure to arsenic-containing mine waste contributes to health outcomes like diabetes and cancer. They explore the role of the gut microbiome in metabolizing arsenic. According to the researchers, their findings can inform future research to develop novel therapies, such as potential probiotics and drugs that combat chemoresistance. 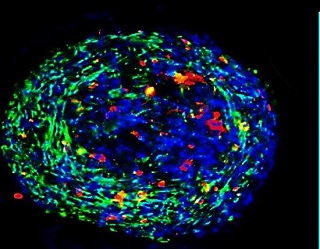 Pulmospheres are small spheres which contain all the different cell types found in a human lung and are grown from tissue obtained from a surgical lung biopsy. (Photo courtesy of the University of Alabama-Birmingham SRP Center).

Researchers at the University of Alabama-Birmingham (UAB) SRP Center, led by Veena Antony, M.D., are studying how heavy metals exposure contributes to lung disease, particularly among predominantly African American communities near a Superfund site in downtown Birmingham. They are developing advanced tools to measure metals more accurately in the environment and novel sustainable materials to capture and remove metals from soil and air.

UAB SRP Center scientists are uncovering the underlying mechanism by which exposure to heavy metals leads to lung disease, including asthma in children and chronic pulmonary obstructive disorder in adults. They are also studying how exposure to metals worsens lower respiratory tract infections resulting from both bacterial and viral organisms and exploring novel lung pulmospheres, 3D lung cell models, that can be used for precision medicine.

SRP-funded scientists bring new approaches to study the health effects of legacy contaminants, which have remained in the environment long after they were first introduced.

Under the leadership of Robyn Tanguay, Ph.D., scientists at the Oregon State University (OSU) SRP Center study the complex toxicity of polycyclic aromatic hydrocarbons (PAHs) and identify strategies to protect health among communities living near Superfund sites. The team is developing tools to detect PAHs in the environment, accurately measure concentrations, and determine the sources of PAHs. For example, working closely with Native American community partners, their work has shed light on PAH exposures in tribal food sources and air. By translating this knowledge into effective and appropriate risk reduction strategies, they aim to reduce environmental disparities and improve the health of Pacific Northwest Tribes.

OSU SRP Center researchers explore strategies to classify and predict the toxicity of complex PAH mixtures and are using high throughput zebrafish models to screen for neurodevelopmental effects. They are also using 3D human lung models to understand how metabolism alters the toxicity of PAHs and identifying new approaches to clean up PAHs while minimizing the formation of unintended toxic byproducts.

Led by Bhagavatula Moorthy, Ph.D., researchers at the Baylor College of Medicine SRP Center are exploring the link between early life exposure to PAHs and preterm birth, as well as related health problems later in life, such as neurocognitive deficits and chronic lung disease. Working closely with communities affected by environmental injustice, they aim to improve prenatal education and promote healthy urban gardening practices. Their community partners, including the Texas Health and Environment Alliance, Inc. and Texas Environmental Justice Advocacy Services (t.e.j.a.s.), play an invaluable role in reaching targeted communities.

The University of Iowa SRP (ISRP) Center, led by Keri Hornbuckle, Ph.D., focuses on how polychlorinated biphenyls (PCBs) can enter into the air, a unique and understudied route of exposure. They are studying health effects stemming from PCB inhalation, particularly in children in Indiana and rural Iowa. Based on previous studies demonstrating the importance of airborne PCBs to overall exposure, they also responded to the concerns of a community living near New Bedford Harbor in Massachusetts to characterize exposure and health risks associated with proximity to the harbor and PCBs in the air.

ISRP Center researchers explore the underlying mechanism linking PCB exposure and neurotoxicity and are developing a synthetic fat-liver on a chip to study the mechanisms underlying effects on fat cell function. They are also developing strategies to predict toxicity based on the chemical and physical properties of other PCB compounds.

SRP grantees study hazardous substances and other stressors that have not been commonly monitored in the environment but are steadily gaining attention for their widespread occurrence and potential effects on human health.

Researchers at the Northeastern University SRP Center, led by Akram Alshawabkeh, Ph.D., are studying the complex relationship between contaminant exposures in drinking water, low socioeconomic status, extreme weather events, and preterm birth in Puerto Rico. They explore how contaminants move and change through the environment and use bidirectional engagement to connect with community members.

The researchers have linked heavy metals in maternal blood with a higher risk for preterm birth, and several contaminants with changes in genes associated with miscarriage and oxidative stress in pregnant women, a potential mechanism linking chemical exposures and adverse pregnancy outcomes. Additionally, they are developing methods to reduce exposure, from portable low-cost water treatment to a user-friendly mobile application to report results back to study participants. 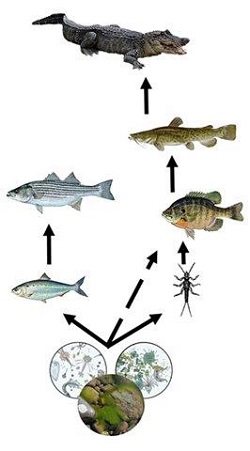 Under the leadership of Stephania Cormier, Ph.D., researchers at the Louisiana State University (LSU) SRP Center uncovered the mechanisms by which exposure to environmentally persistent free radicals (EPFRs) harm the lungs. EPFRs are an emerging class of contaminants produced during the thermal treatment of hazardous wastes. The LSU SRP Center team explores how EPFRs form, stabilize, and decay in the environment to inform new strategies to destroy them.

They also partner with residents to sample EPFRs and other air pollutants in a predominantly African American community near a Superfund site in Colfax, Louisiana. Center scientists have shed light on the link between EPFR exposure and poor respiratory health in children, and cardiovascular disease in adults.

The University of Kentucky SRP Center, led by Kelly Pennell, Ph.D., expanded their research on how exposure to PCBs, trichloroethylene (TCE), and tetrachloroethene contribute to disease, to include PFAS as an emerging contaminant. For example, researchers found that exposure to a mixture of PCBs and PFAS increased cardiovascular disease and liver injury in mice. 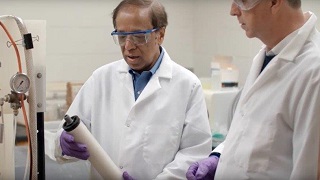 Center scientists explore how lifestyle changes such as nutrition and exercise can improve health outcomes resulting from environmental exposures and revealed that a high-fiber diet may protect against the harmful health effects of exposure to PCBs. They further initiated projects in rural Appalachian communities to build environmental health literacy, and increase access to fruits and vegetables, and improve health.

Researchers are also developing and improving models to characterize how contaminants move through the environment leading to exposure, and developing strategies to remove toxins, such as advanced membrane technologies to clean up TCE and PFAS.