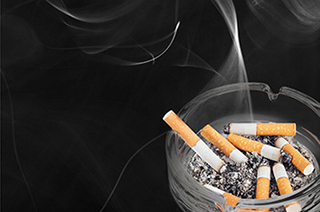 The link between cigarette smoke and disease, particularly lung cancer and cardiovascular disease, is well known. Cigarette smoking is the leading cause of preventable death in the United States.

Secondhand smoke may also have health effects for those exposed. Cigarette smoke contains hundreds of chemicals, including formaldehyde, lead, tar, and nicotine. Many of these chemicals act as irritants and worsen symptoms in people with asthma and allergies. 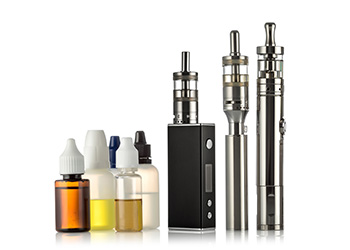 Both cigarette smoking and secondhand smoke are associated with chronic hay fever and sinus infections, although the underlying reason is not completely understood. 1 Also, studies have found that smoking decreases the effectiveness of inhalers used to treat asthma. 2

Children can be especially vulnerable to environmental irritants, such as cigarette smoke. According to the Centers for Disease Control and Prevention, more than 20 percent of children will suffer a respiratory, food, or skin allergy before they turn 18. 3 Cigarette smoke may also promote autoimmune diseases, which are caused by the body’s immune system attacking healthy cells. 4 Studies have shown cigarette smoke to be a risk factor in the development of rheumatoid arthritis, an autoimmune disease that affects joints. 5

An electronic cigarette, or e-cigarette, is a handheld electronic device that simulates the feeling of traditional tobacco smoking. Devices can resemble traditional cigarettes, cigars, or pipes, or items like pens or USB sticks. They work by heating a liquid, which typically contains nicotine, to generate an aerosol or vapor that users inhale. Vaping is the commonly used term for the use of e-cigarettes.

Vaping has gained popularity, both in the U.S. and worldwide, particularly among teens and young adults, due to easy availability, targeted marketing, and creative e-liquid flavors. While e-cigarettes are often thought to be safer than tobacco cigarettes, little is known regarding the health effects of their use. Scientists at NIEHS are conducting the E-Cigs and Smoking Study, to develop new biomarkers, or measurable indicators of a normal or abnormal process or condition or disease, of tobacco smoke exposure or e-cigarette use.

Chemicals in cigarette smoke – An NIEHS-funded study revealed that acrolein, a substance that is abundant in cigarette smoke, irritates airways by creating free radicals, unstable molecules that can damage cells. 6

Menthol and smoking – Research funded by NIEHS found that menthol suppresses respiratory irritation in mice, suggesting that its addition to cigarettes may facilitate smoke inhalation and promote nicotine addiction and smoking-related illness in humans. 7

Your genes and smoking – A study including NIEHS scientists found that smoking can influence which genes are turned on or off. The new findings may provide researchers with potential targets for new therapies. 8

E-cigarettes and transition to traditional smoking – NIEHS-funded researchers found that use of e-cigarettes with higher nicotine concentrations by youth may increase the subsequent frequency and intensity of traditional cigarette smoking and vaping. 9