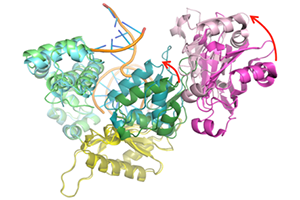 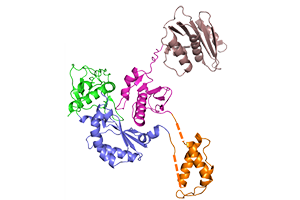 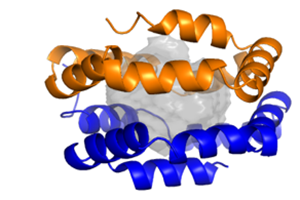 Geoffrey Mueller, Ph.D., leads the Nuclear Resonance Group and serves as Director of the NIEHS NMR Research Core Facility. Robert London, Ph.D., is the former head of the group and continues his research as Scientist Emeritus.

The Nuclear Magnetic Resonance (NMR) Group performs fundamental research on biological systems aimed at providing insight into the molecular mechanisms that underlie problems of environmental concern. As part of the Genome Integrity and Structural Biology Laboratory, our primary focus has been the evaluation of structural, conformational and dynamic responses of proteins to substrates, cofactors, allosteric effectors, other proteins, putative environmental toxins, nucleic acids, etc. In addition, we are interested in various aspects of allergic disease including the characterization of allergens and metabolomic analyses of pollens.

Mueller received his Ph.D. in biophysics from the University of Virginia in 1998. He trained as a postdoctoral fellow with Lewis Kay, Ph.D., and Julie Forman-Kay, Ph.D., at the University of Toronto until 2001, researching the application of Nuclear Magnetic Resonance (NMR). London recruited Mueller to join the NMR group as a Staff Scientist. In 2020, Mueller became the Director of the NMR Research Core Facility and head of the Nuclear Magnetic Resonance Group.

London received his Ph.D. in biophysics from the University of Illinois in 1973. He has published over 200 peer-reviewed articles in leading biomedical journals, and contributed 20 book chapters. He served as principal investigator of the NIH-funded National Stable Isotope Resource at Los Alamos before joining NIEHS in 1983. London became Scientist Emeritus at NIEHS in 2020.