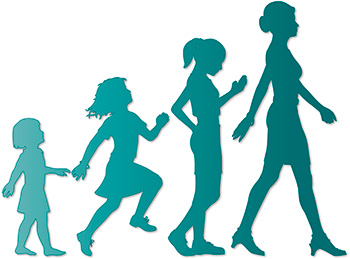 Shaw received a B.S. from Cornell University, an M.D. from the State University of New York (SUNY) at Buffalo, and a Masters in Medical Sciences (MMSc) from Harvard Medical School. She completed her pediatrics residency at Children's Hospital of Pittsburgh, a pediatric endocrinology fellowship at Boston Children's Hospital, and a clinical research fellowship in the Reproductive Endocrine Unit at Massachusetts General Hospital.

In 2015, Shaw was one of five junior investigators selected as a Lasker Clinical Research Scholar by the National Institutes of Health. The Lasker program is a joint partnership between the NIH and the Lasker Foundation designed to support a small number of exceptional clinical researchers in the early stages of their careers. Its goal is to promote the development of physician-scientists as they transition to fully independent positions. When Shaw joined NIEHS Sep. 2015, she became the first Lasker Scholar in the history of the institute.

This work will identify environmental and genetic factors that produce normal or aberrant pubertal development. The underlying biological pathways will then be dissected using clinical investigative tools in pediatric subjects. The results of these studies will inform strategies to prevent and/or treat common pubertal disorders such as precocious puberty, delayed puberty, and irregular menses.