Today, Timme-Laragy is a Professor of Environmental Health Sciences at the University of Massachusetts, Amherst. 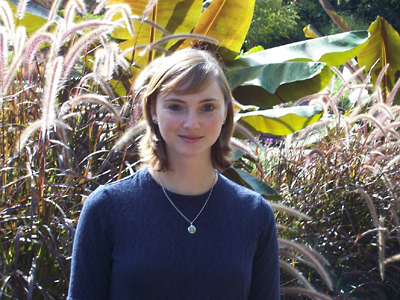 Alicia R. Timme-Laragy, Ph.D., received the ninth annual Karen Wetterhahn Memorial Award in 2006, when she was a doctoral student at Duke University. The award was presented to Timme-Laragy on December 12th, 2006 at the SRP Annual Meeting in San Diego, California.

Timme-Laragy's doctoral research utilized a zebrafish embryo model to understand how certain combinations of PAHs (Polycyclic Aromatic Hydrocarbon) greatly increase toxicity over what is predicted from studies of single PAHs. Her research elucidated mechanisms underlying the very marked, and surprising, synergy that has been previously observed between PAHs that act as AHR (Aryl Hydrocarbon Receptor) agonists and PAHs that act as CYP1A (Cytochrome P450 1A) inhibitors on cardiovascular development in zebrafish embryos. According to Di Giulio, "this synergy has very important implications for risk assessments of PAHs, as currently risk estimates of this chemical class employ an additive model for summing hazards posed by individual compounds". Understanding the mechanistic basis for this synergy will aid in a more accurate assessment of toxicity that can then be applied to other toxicants with similar mechanisms of action, and will contribute to predictive models for PAH mixtures, the environmental norm.

Timme-Laragy received her Ph.D. in 2007 from Duke University, Nicholas School of the Environment and Earth Sciences, Integrated Toxicology Program under the guidance of Richard T. Di Giulio, Ph.D. After she finished her doctoral work, she was a postdoctoral fellow with Mark Hahn, Ph.D., at Woods Hole Oceanographic Institution (WHOI), who is also part of the Boston University SRP. She received funding for this fellowship from a competitive scholarship award from WHOI and then by an NIH National Research Service Award (NRSA) fellowship.

The NIEHS congratulates Timme-Laragy on her research accomplishments and wishes her continued success in her scientific career.