Marcos Morgan, Ph.D. heads the Male Reproduction & RNA Biology Group. His group’s goal is to understand the role of post-transcriptional gene regulation during germline development. Dysregulation of gene expression at the post-transcriptional level leads to growth defects and cancer. Normal tissue development depends on RNA binding proteins and non-coding RNAs; however, more recently, modifications to the RNAs have also been shown to be critical in this process. The functional relevance of RNA modifications in vivo is largely unexplored, and their role in organogenesis and disease remains to be established.

A critical type of post-transcriptional modification is the non-templated addition of nucleotides to the 3' end of RNAs. These 3' additions of nucleotides are catalysed by enzymes known as terminal nucleotidyl transferases (TENTs). There are eleven mammalian TENTs each one with a preference for one or more of the four ribonucleotides; A, C, G or U. When a TENT adds several Us to an mRNA, a process known as oligo-uridylation, the RNA becomes unstable. Instead, when an mRNA is poly-adenylated, it becomes translationally active. The roles of C terminal additions (cytidylation) and G terminal additions (guanylation) are only now beginning to be explored ex vivo.

By systematically studying the TENTs using animal models and advanced molecular biology techniques, group members will begin to understand the physiological relevance of terminal modifications in tissue development and start to bridge the gap between the mechanistic knowledge of gene regulation at the cellular level and the principles that define multicellular organization. 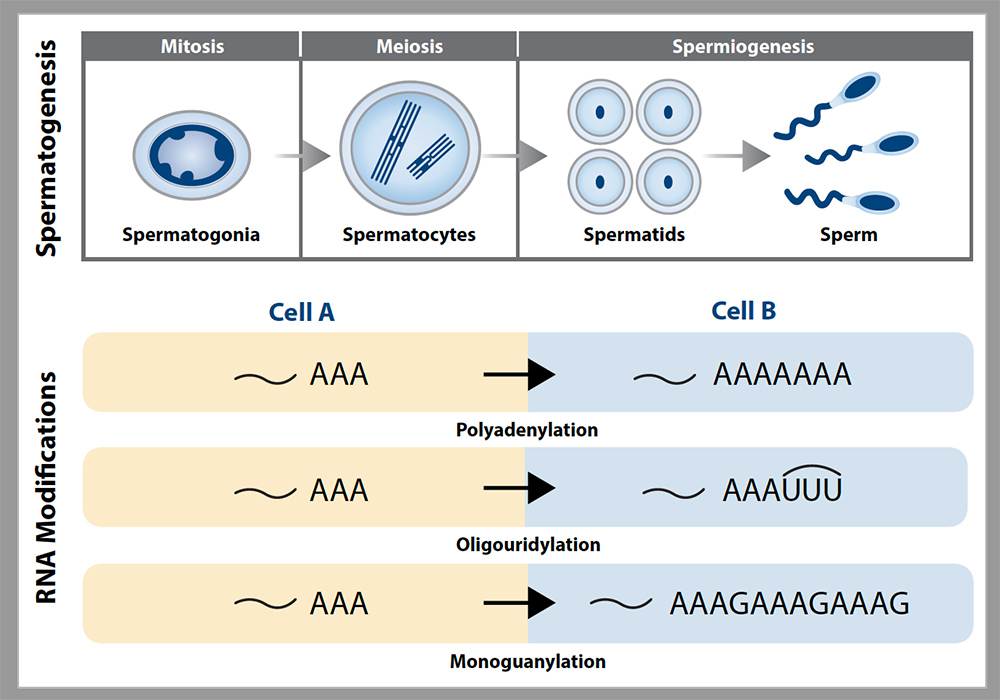 Morgan graduated from the University of Buenos Aires in 2005. For his doctorate, he moved to Italy to work in the laboratory Andres F. Muro, Ph.D. Morgan’s findings on the mechanisms of mRNA regulation mediated by 3' UTRs resulted in two first and co-corresponding author publications. For his postdoctoral studies, he held a joint appointment in the laboratory of Donal O’Carroll, Ph.D., at the European Molecular Biology Laboratory (EMBL) in Italy and the research group of Anton Enright, Ph.D., at the European Bioinformatics Institute (EBI) in the United Kingdom.

During this time, Morgan worked on the physiological relevance of RNA modifications in mammals. He developed some of the first animal models for terminal nucleotidyl transferases (TENTs), a family of enzymes that modify RNA post-transcriptionally, and showed the importance of RNA modifications during germline development. During the final years of his postdoc, he moved, with the O’Carroll lab, to the MRC Centre for Regenerative Medicine in Edinburgh. In June 2019, Morgan became an NIH Stadtman Tenure-Track investigator and joined NIEHS.