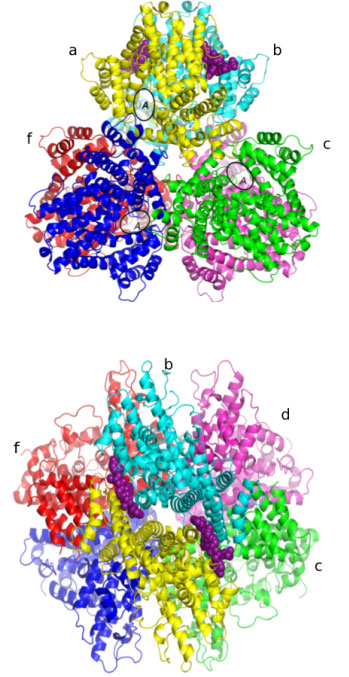 The Mechanisms of Mutation group studies the detailed mechanisms by which mutations occur using the bacterium E. coli as a model system. Mutations may arise from a multitude of sources, which include errors of DNA replication, multiple DNA damage pathways that corrupt the DNA coding potential, the action of a variety of DNA repair pathways (both error-free and error-prone), certain recombinational events, mobile DNA element insertions, and others. It is important to realize that virtually all these pathways are genetically 'controlled', meaning that within each pathway sets of genes are functioning to reduce (although sometimes increase) the likelihood of mutation. For this reason, a genetic approach focused on isolating and investigating strains with altered mutation rates has proven productive. Many E. coli mutator mutants, which have a higher mutation rate than the wild-type strain, have been identified, and their study has led to the characterization of defined mutation-avoidance systems.

Conversely, antimutator mutants, displaying a lower mutation rate than the wild-type, have also been isolated. Such antimutators make existing error-prevention pathways more efficient and, hence, their study can provide insights into the pathways responsible for mutations occurring in normal wild-type cells. We have studied both mutator and antimutator mutants of E. coli, in particular those affected in the process of DNA replication and the factors that contribute to its high fidelity. Understanding the detailed mechanisms by which mutations are produced is of ultimate importance for evaluating mutational risks, including those resulting from environmental exposures.

Schaaper received his Ph.D. in mathematics and natural sciences from the University of Leiden, The Netherlands, in 1983. He has published 112 peer-reviewed articles in leading biomedical journals.

Environmental factors pose potential risk to human health by causing mutations and genomic instability. Our research is focused on understanding the basic mechanisms by which cells prevent or undergo mutational events, and insight into these mechanisms is critical for evaluating the risks associated with mutational events in both normal and environmentally exposed populations.