This sub-group’s broad research interest is to understand the role of various DNA repair enzymes in protection against the adverse consequences of DNA damage. More specifically, the subgroup is interested in the role of DNA polymerase β (pol β) in base excision repair (BER) of damaged DNA bases, and in the requirement of other repair proteins for optimal efficiency and coordination of pol β-dependent pathways. For example, the group has shown that activation of the BER-associated protein PARP-1 is critical for survival of cells following DNA methylation damage. Inhibition of PARP-1 activity leads to signaling for cell cycle arrest and apoptotic cell death. In contrast, the pol β-interacting protein XRCC1 lacks enzymatic activity, yet genetic deficiency of this protein is associated with extreme hypersensitivity to DNA methylating agents.

The group as a whole blends a variety of biochemical, structural, and cell biology approaches. Within such a research group that specializes in crystal structure-level investigation of pol β and detailed in vitro analysis of the proteins involved in various BER pathways, it is crucial to be able to test hypotheses and perform complementary in vivo experiments in wild-type and repair-deficient cell lines. 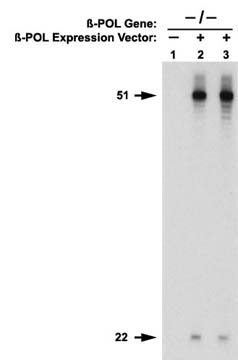 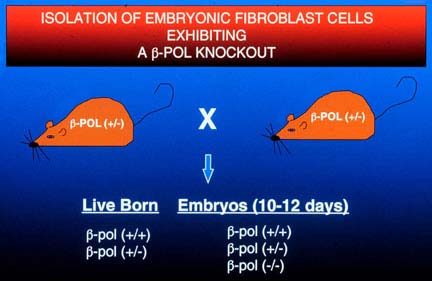