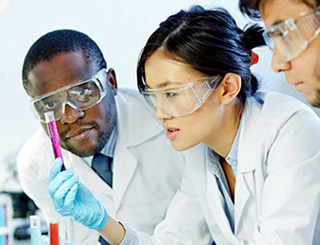 Toxicology is a field of science that helps us understand the harmful effects that chemicals, substances, or situations, can have on people, animals, and the environment. Some refer to toxicology as the “Science of Safety” because as a field it has evolved from a science focused on studying poisons and adverse effects of chemical exposures, to a science devoted to studying safety.

Toxicology uses the power of science to predict what, and how chemicals may cause harm and then shares that information to protect public health. When talking about toxicology it is important to keep a few things in mind.

What is a toxicologist?

A toxicologist is a scientist who has a strong understanding of many scientific disciplines, such as biology and chemistry, and typically works with chemicals and other substances to determine if they are toxic or harmful to humans and other living organisms or the environment.

A toxicologist working in the pharmaceutical industry, for example, might work to make sure that potential new drugs are safe for testing in clinical trials for humans.

A toxicologist working at the National Toxicology Program (NTP) might be involved in designing and overseeing studies that create a controlled environment that replicates exposures that humans may encounter. NTP toxicologists work to identify hazards from the chemicals or substances they are studying.

What does it mean when toxicologists have D.A.B.T. after their names?

How does the science of toxicology improve people’s lives?

Toxicology provides critical information and knowledge that can be used by regulatory agencies, decision makers, and others to put programs and policies in place to limit our exposures to these substances, thereby preventing or reducing the likelihood that a disease or other negative health outcome would occur. For example, the state of California used NTP findings to establish the first in the nation drinking water standard for Hexavalent Chromium. This standard will help reduce people’s exposure to this metallic element. Other benefits of toxicology include:

Supporting grantees across the country. NIEHS has a long history of funding grants in toxicology and environmental health sciences. For example researchers supported through the NIEHS Division of Extramural Research and Training are working to develop new and improved models of toxicity that can help predict cancer and other adverse health outcomes that may result from fetal or early life exposures.

For example, because we know that people are exposed to a multitude of environmental toxicants, NIEHS grantees are working to understand the implications of chemical mixtures, which can sometimes produce health affects greater than each chemical would alone.

Grantees have published some of the first immunotoxic studies linking childhood exposures to perfluorinated compounds (PFCs) with immune system deficiency.

NIEHS supported researchers have also used their toxicology expertise to improve our knowledge and our approaches to chemicals such as arsenic, leady and mercury.

Also, the NIEHS Superfund Research Program works to gain a better understanding of how toxicants affect human health in order to help environmental managers and risk assessors protect the public from exposures to hazardous substances. They accomplish this through research conducted at universities across the country, to develop cost-effective approaches to detect, remove, and/or reduce the amount of toxic substances found in the environment. The program conducts research on remediation, detection, and monitoring tools or strategies and also funds studies that relate to multiple disease endpoints such as cardiovascular disease, cancer, and neurological disorders.

In-house researchers at NIEHS also work in the toxicology arena.

Toxicology in the 21st Century. Tox21 is a unique collaboration among four federal agencies, including NTP. This program develops innovative test methods to rapidly evaluate whether substances adversely affect human health. For example, Tox21 uses robotics in high-throughput screening (HTS), which is important for increasing the volume and speed of testing.

By sharing information about how substances in our environment contribute to disease, NIEHS and NTP play a leading role in disease prevention.