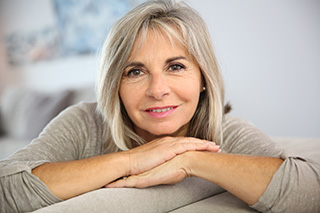 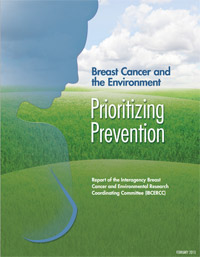 Identifying which environmental factors may increase the chance of developing breast cancer is the first step in figuring out how to avoid them.

About 12%, or 1 in 8, women in the U.S. will develop breast cancer during their lifetime. It is the second most common cancer among U.S. women, behind skin cancer. 1 Breast cancer occurs mostly in women who are 50 years old or older. But men can also develop the disease. Each year in the U.S., about 245,000 cases of breast cancer are diagnosed in women and about 2,200 in men. 2

Breast cancer is a disease in which cells in the breast grow out of control and may form a tumor. There are different kinds of breast cancer. If the cancerous cells spread to other parts of the body, the disease is called metastatic breast cancer.

Although scientists have identified many risk factors that increase a woman’s chance of developing breast cancer, they do not yet know what causes normal cells to become cancerous. Experts tend to agree that breast cancer is caused by a combination of genetic, hormonal, and environmental factors.

Breast Cancer and the Environment

Most women who develop breast cancer have no family history of the disease, suggesting an environmental link.

Both the President’s Cancer Panel and the Interagency Breast Cancer and Environment Research Coordinating Committee have reported on the mounting literature demonstrating connections between exposures to environmental toxicants and later development of disease, including breast cancer. They have also prioritized prevention as an aim for both research and public health practice. A 2017 state of the evidence publication reinforces the conclusion that exposures to a wide variety of toxicants, many found in everyday products, can lead to an increased chance of developing breast cancer.

NIEHS scientists and other experts believe prevention strategies are the best way to try to stop breast cancer before it starts.

NIEHS plays a leadership role in funding and conducting studies on the ways in which environmental exposures increase breast cancer risk. This research seeks to understand the role of environmental agents, such as toxic chemicals, in the initiation and progression of cancer, as well as genetic susceptibility. Identifying and reducing contact with environmental factors linked to breast cancer presents tremendous opportunity to prevent this disease.

Sister Study– The NIEHS Sister Study has recruited more than 50,000 sisters of women with breast cancer from the U.S. and Puerto Rico. This landmark observational study is looking at lifestyle and environmental exposures, as well as genetic and biological factors that may increase breast cancer risk. Important findings from this study follow. 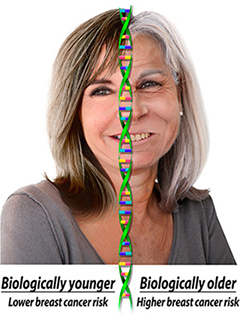 Breast Cancer and the Environment Program (BCERP) – Jointly funded by NIEHS and the National Cancer Institute, grant-funded researchers and community organizations worked together through BCERP to discover environmental factors that may contribute to breast cancer. This program, which began in 2003 and wound down by 2020, was one of the first at NIEHS to require transdisciplinary expertise. It used a team science approach, including toxicology, epidemiology, environmental health, biostatistics, and communication, to address research questions and facilitate community engagement.

An overarching concept from BCERP is that the influence of environmental chemicals on breast cancer risk may be greater during certain windows of susceptibility in a woman’s life, including prenatal development, puberty, pregnancy, and the menopausal transition. By focusing on environmental chemical exposure during specific periods when breast tissue changes, we may identify when prevention efforts are more likely to be effective. 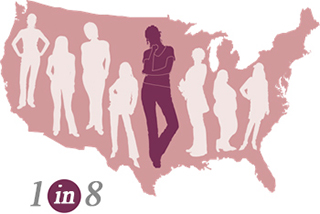 National Toxicology Program (NTP) – Headquartered at NIEHS, NTP is an interagency program known for expertise in conducting studies into the environmental origins of disease, including breast cancer. For example, researchers in the Reproductive Endocrinology Group are establishing new methods to study mammary glands. Sharing these methods with other labs will help scientists accurately identify environmental factors that may lead to problems in mammary gland development or function.

The Interagency Breast Cancer and Environmental Research Coordinating Committee (IBCERCC) – Supported by NIEHS and the National Cancer Institute, IBCERCC was authorized by the Breast Cancer and Environmental Research Act of 2008 (Public Law 110-354) to examine the state of research on breast cancer and the environment. The committee included federal and non-federal representatives. IBCERCC issued a comprehensive report in 2013 that stated prevention is the key to reducing the emotional, physical, and financial burden of breast cancer. It also recommended intensifying the study of chemical and physical risk factors, transforming research to include collaborations across scientific disciplines and with community organizations, and communicating the science to the public.