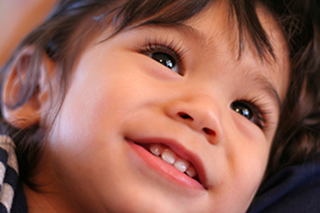 Autism, also known as autism spectrum disorder, is a broad range of conditions that affect communication and behavior, usually appearing by age 2. The Centers for Disease Control and Prevention (CDC) reports that autism affects 1 in 44 children. 1

People with autism may have difficulty with communication and social interaction; restricted interests and repetitive behaviors; and inability to function effectively in school, work, and other areas of life. Although scientists are still trying to understand why some people develop autism and others don’t, risk factors may include:

Studies indicate the rate of autism is rising, but causes are not well-understood. Scientists have found rare gene changes, or mutations, as well as small common genetic variations in people with autism, implying a genetic component. A growing area of research focuses on interaction of genetic and environmental factors. For example, a woman’s exposure to harmful contaminants during pregnancy may trigger a genetic mutation leading to autism in her child. No link has been found between autism and vaccines, including those containing thimerosal, a mercury-based compound.

What Environmental Factors May Be Associated With Autism?

Progress has been made toward understanding different environmental risk factors, and the clearest evidence involves events before and during birth, such as:

But these factors alone are unlikely to cause autism. Rather, they appear to increase a child’s risk for developing autism when combined with genetic factors.

Watch Temple Grandin, Colorado State University, deliver a lecture at NIEHS, "Developing Individuals Who Have Different Kinds of Minds, 3rd Edition." Also read about the lecture in this newsletter article.

NIEHS-funded researchers are primarily interested in risk factors related to gene and environment interaction. Key findings are grouped by topic below.

Air pollution – Researchers found early-life exposure to air pollution may be a risk factor for autism.

Prenatal conditions and maternal factors – Problems with a mother’s immune system, certain metabolic conditions, or inflammation during pregnancy may be linked with higher autism risk for her children.

Notable NIEHS-funded, large-scale studies – NIEHS-funded scientists are working to better understand the environmental contributors to ASD through their continued work on the Childhood Autism Risk from Genetics and the Environment (CHARGE) study, the Markers of Autism Risk in Babies - Learning Early Signs (MARBLES) study, and The Early Autism Risk Longitudinal Investigation (EARLI) study.

CHARGE, with more than 1,800 children enrolled, seeks to clarify the roles of genetics and environmental exposures in autism. Results indicate a variety of exposures may be associated with increased risk, including pesticides, air pollution, and maternal metabolic or immune conditions

MARBLES, with more than 400 mother-child pairs, is a unique study in that it obtains information about how exposures before, during, and after pregnancy may contribute to autism. Recent research explores the effect that prenatal exposure to phthalates and prenatal vitamins may have on autism development. 18

EARLI is another study that enrolled a large group of pregnant mothers of children with autism. The newborn child – the sibling to the child with ASD – was subsequently followed through three years of age to see if he or she was diagnosed with ASD. The EARLI study continues to follow the children and examine possible environmental risk factors for autism and possible links between genes and the environment, known as gene-environment interactions.

Interagency Autism Coordinating Committee (IACC) – IAAC is a federal advisory committee that coordinates federal efforts and provides advice to the secretary of the U.S. Department of Health and Human Services on issues related to autism spectrum disorder. NIEHS partners with members of IACC to summarize advances in autism research and participate in strategic planning for research needs. The committee works closely with the public, to hear their concerns and recommendations for research.

As part of the NIEHS Diversity Speaker Series, on December 2, 2020 NIEHS hosted a talk with several NIEHS families that are raising children with special needs, and discussed how they have been dealing with the COVID-19 pandemic and the challenges brought forward by it. Watch the video: NIEHS Families Raising Children With Special Needs: Joys and Challenges Amidst COVID-19.