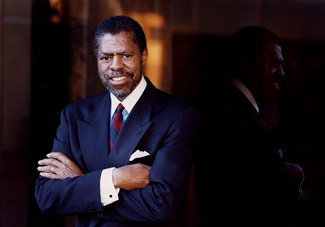 Olden is a cell biologist and biochemist by training, and has been active in cancer research for almost three decades. He was director of the Howard University Cancer Center and professor and chairman of the Department of Oncology at Howard University Medical School (1985–1991) in Washington, D.C., before coming to the NIEHS. Olden joined Howard in 1979 as associate director for research after a stint at the National Institutes of Health as a senior staff fellow, an expert, and a research biologist in the Division of Cancer Biology and Diagnosis at the National Cancer Institute.

Olden has served on the editorial boards of cancer and cell biology journals, is a member of a number of professional societies, and was named by President George H. W. Bush to the National Cancer Advisory Board in January 1991. He has participated widely as an invited speaker at scientific symposia and seminars, as a reviewer for programs in his field, and has authored and co-authored more than 200 publications. He published two of the "One Hundred Most Cited" papers in 1978–1979, and one on the subject of cancer cell biology is now deemed a "Citation Classic" by Science Citation Index.

Because of Olden's outstanding contributions to his field, he was elected to membership in the prestigious Institute of Medicine of the National Academy of Sciences in 1994. He was also the recipient of the DHHS secretary’s Distinguished Service Award in 1995. In 1996, Olden received the City of Medicine Award from the city of Durham, North Carolina, in recognition of extraordinary achievement in the medical and health care research fields. Additionally, he has been the recipient of the Presidential Meritorious Executive Rank Award (1996) and the Presidential Distinguished Executive Rank Award (1997). These awards are given by the president to recognize Senior Executive Service level federal government employees for sustained extraordinary career accomplishments. In 2002, Olden received the American Public Health Association Calver Award in recognition of his contributions to public health, and the Cincinnati Children's Environmental Health Award. In 2003 he was presented with an honorary doctorate of science degree by the University of Rochester and an honorary doctorate of humane letters degree by the College of Charleston.

He continued his laboratory research at NIEHS as the principal investigator in the Metastasis Group of the Laboratory of Molecular Carcinogenesis through September of 2008, at which time he left the institute to become the founding Dean of a new School of Public Health on the Hunter College campus of the City University of New York (CUNY).