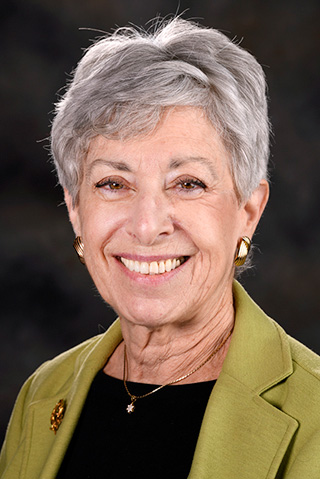 Linda S. Birnbaum, Ph.D., D.A.B.T., A.T.S, was director of the National Institute of Environmental Health Sciences (NIEHS) of the National Institutes of Health, and the National Toxicology Program (NTP) from 2009 to 2019. As NIEHS and NTP director, Birnbaum oversaw a budget of more than $740 million that funds biomedical research to discover how the environment influences human health and disease. The institute also supported training, education, technology transfer, and community outreach. NIEHS funded more than 1,000 research grants.

A board certified toxicologist, Birnbaum served as a federal scientist for 40 years. Prior to her appointment as NIEHS and NTP director in 2009, she spent 19 years at the U.S. Environmental Protection Agency (EPA), where she directed the largest division focusing on environmental health research. Birnbaum started her federal career with 10 years at NIEHS, first as a senior staff fellow in the National Toxicology Program, then as a principal investigator and research microbiologist, and finally as a group leader for the institute’s Chemical Disposition Group. Birnbaum is now a Special Volunteer at NIEHS and conducts research as part of the Mechanistic Toxicology Branch.

Birnbaum received many awards and recognitions. In October 2010, she was elected to the Institute of Medicine of the National Academies, one of the highest honors in the fields of medicine and health. She was also elected to the Collegium Ramazzini, and received an honorary Doctor of Science from the University of Rochester, and a Distinguished Alumna Award from the University of Illinois.

She was the author of more than 700 peer-reviewed publications, book chapters, and reports. Birnbaum's research focused on the pharmacokinetic behavior of environmental chemicals, mechanisms of action of toxicants including endocrine disruption, and linking of real-world exposures to health effects. She was an adjunct professor in the Gillings School of Global Public Health, the Curriculum in Toxicology, and the Department of Environmental Sciences and Engineering at the University of North Carolina at Chapel Hill, as well as in the Integrated Toxicology and Environmental Health Program at Duke University.

A native of New Jersey, Birnbaum received her M.S. and Ph.D. in microbiology from the University of Illinois at Urbana-Champaign.