Carmen Williams, M.D., Ph.D., is Deputy Chief of the Reproductive and Developmental Biology Laboratory, and leads the Reproductive Medicine Group, and holds a secondary appointment in the NIEHS Epigenetics & Stem Cell Biology Laboratory. Her group addresses the mission of NIEHS by carrying out basic research to promote our understanding of the effects of the environment on human reproductive health, particularly during sensitive developmental windows. Research in the group focuses on basic reproductive biology of early mammalian embryogenesis including gametes, fertilization, preimplantation embryo development, and implantation. This basic bench science addresses specific questions that have direct relevance to human reproduction, including how the environment influences reproductive success. 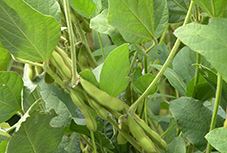 The transition of an unfertilized egg, which is arrested in metaphase of meiosis II, to a developing totipotent embryo, requires completion of a sequence of events known as egg activation. These events include cortical granule exocytosis, modifications of the zona pellucida and plasma membrane that prevent polyspermy, completion of meiosis, recruitment of maternal mRNAs into polysomes for translation, formation of male and female pronuclei, and activation of the embryonic genome. Egg activation is initiated by repetitive oscillations in intracellular calcium. These oscillations begin after sperm-egg plasma membrane fusion when the sperm releases phospholipase C zeta (PLCζ) into the egg’s cytoplasm. Continuation of these oscillations requires calcium entry into the egg from the extracellular medium to replenish calcium stores. In addition, this calcium influx triggers signaling pathways important for polar body emission. We hypothesize that inadequate calcium oscillatory patterns at fertilization, which are supported by calcium influx, could explain a spectrum of failure for the infertile couple, including failed fertilization, poor preimplantation embryo development, and even clinical pregnancy followed by miscarriage.