Sheila Healy, Ph.D., then a doctoral student in the Department of Molecular and Cellular Biology at the University of Arizona, was the recipient of the First Karen Wetterhahn Memorial Award. On October 26, 1998, Healy was honored at the Superfund Research Program (SRP) Annual Meeting, held at the University of California, Berkeley, for her outstanding contributions as a young scientist in the field of metals research. 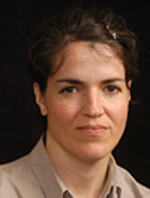 Healy received her B.S. in Molecular & Cellular Biology and her M.S. in Toxicology at the University of Arizona. During her Master's thesis research, Healy discovered that the guinea pig does not methylate inorganic arsenic, which is a finding that sharply contrasts with how other laboratory animal models metabolize inorganic arsenic. Prior research indicated that the methylation of arsenic was the primary detoxification mechanism in mammals; however, Healy found that the guinea pig was not uniquely susceptible to acute arsenic toxicity. Her discovery suggested that arsenic methylation may not be the primary method of arsenic detoxification in mammals.

Healy went on to show that the reason for this lack of arsenic methylation was that the guinea pig lacks, or is deficient in, the enzyme, arsenic methyltransferase. In addition, she was the first to show there is a polymorphism with this enzyme. This tremendous contribution to the knowledge base on arsenic biotransformation occurred prior to Dr. Healy's pursuit of her Ph.D.

According to Dr. Healy's research advisor, Vasken Aposhian, "Sheila is a very gifted experimentalist in heavy metal and metalloid toxicology [and] she is committed to her research."

"As a young graduate student working in the SBRP training program, it was exciting and gratifying to realize that our (collaborators and peers in multiple disciplines) research has a direct impact on policy for improving human health and the environment. The training I received through SBRP in Dr. Vas Aposhian's laboratory has been an extremely positive influence that continues to guide my career in toxicology."

Healy's strong interest in metal toxicology began when she was an undergraduate. She attributes her undergraduate research experience with Aposhian as being the most important influence in guiding her into the field.

Following graduation from the University of Arizona, Healy received a Post-Doctoral Training Fellowship at the University of San Francisco with Stanley Prusiner, Ph.D. Prusiner received the Nobel Prize for Medicine in 1997 for his discovery of an entirely new class of pathogen, the prion protein which, misfolded, is the causative agent of Creutzfeldt-Jakob disease (CJD) and Bovine Spongiform Encephalopathy (BSE). Healy participated in a project aimed to decipher the domains in the cellular prion protein that are necessary for conversion to the pathogenic malform.

In November 2004, Healy began an 11 month appointment as a Science Fellow in science policy at the Center for International Security and Cooperation (CISAC) at Stanford University. She was selected for this position based on her research prospectus analyzing United States Department of Agriculture policies regarding BSE.

From August 2005 to August 2007, Healy worked as a toxicologist for a small preclinical CRO in northern California. Her work supported IND applications and research & development. In January 2008 Healy began her work as a toxicologist with the Office of Prevention, Pesticides and Toxic Substances, Office of Pesticide Programs, Health Effects Division, Toxicology Branch in Arlington, Virginia.