Congratulations to the 2011 winners of the K.C. Donnelly Externship Award! 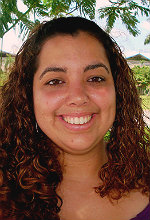 Celys Irizarry: Getting the Big Picture

Celys Irizarry, a master’s student at the University of Puerto Rico - Mayagüez under the guidance of Ingrid Padilla, Ph.D., in the Northeastern University Superfund Research Program, got a glimpse of the huge task facing regulatory agencies during her three-month externship. Working at the Caribbean Environmental Protection Division of the U.S. Environmental Protection Agency (EPA) and the Puerto Rico Department of Health, she collected water samples and assessed the water quality at 10 Superfund sites on the north coast of Puerto Rico. She will present her work to the agencies, which will use it to inform their water-quality assessment models. “My data and analysis will give them a large picture of the problem and show how the water quality is changing over time,” Irizarry said.

In addition, the experience helped Irizarry understand how regulatory agencies such as the EPA works.  “This is a huge task that they have, and it is not an easy job,” she said. “I would recommend this externship for any person doing research about environmental health or environmental science.”. 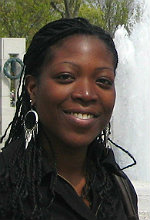 Alvine Mehinto, Ph.D., a postdoctoral research associate at the University of Florida working with Nancy Denslow, Ph.D., is interested in the effects of waterborne contaminants on marine life and ultimately, on humans.  For her externship, Mehinto worked with Chris Vulpe, Ph.D., at the University of California, Berkeley (UC Berkeley) to find underlying toxicity pathways that are at work in simple organisms such as yeast as well as in higher organisms such as marine life and humans. A toxicity pathway is a network of genes and proteins that are affected by particular contaminants.

While still in Florida, Mehinto studied exposure to pesticides and metals found at Superfund sites in largemouth bass. She examined gene expression changes in the bass using microarray analysis. Then, at UC Berkeley, she learned Vulpe’s parallel detection analysis technique and used it to find gene changes in a yeast model exposed to the same contaminants. “We found a number of biological processes that were affected in both species exposed to cadmium and trichloroethylene, but not for the pesticides,” Mehinto said. She and Vulpe are looking more closely at the gene expression changes caused by those metals to identify possible toxicity pathways.

“The externship allowed me to improve my bioinformatics skills. It gave me a different perspective and new tools to consider for my next research proposal,” Mehinto said. 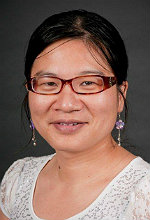 Xianai Wu, Ph.D., a post-doctoral researcher at the University of Iowa (UI), conducted studies of polychlorinated biphenyls (PCBs) and their metabolites under the direction of Hans Lehmler, Ph.D. During her externship at the University of California, Davis, Wu learned novel metabolomic techniques not currently used in Lehmler’s lab and used them to investigate the effects of PCB126. Metabolomics allows scientists to characterize all the metabolites in a given cell, tissue, or organism.

Wu was interested in profiling changes in lipids, including lipids known as eicosanoids and lipids derived from polyunsaturated fatty acids. “I learned a technique that employs solid phase extraction and liquid chromatography electrospray ionization tandem mass spectrometry in multiple reaction-monitoring mode,” she said.

Wu found that PCB 126 exposure caused significant changes in oxylipin levels in blood and tissue samples from rats. “Oxylipins may become useful biomarkers of human exposure to PCB 126 and other, dioxin-like compounds.  Furthermore, changes in oxylipins levels may be a powerful tool to guide the design of laboratory and, ultimately, human dietary interventions to prevent PCB-induced diseases,” she said.

During her externship project, Wu worked under the guidance of Bruce Hammock, Ph.D., of the UC Davis Superfund Research Program (SRP), and she discussed her research with an array of scientists, both at UC Davis and UI. “My stay at UC Davis helped me improve my communication skills while collaborating with scientists from two Superfund research and training programs on an exciting research project,” she said.