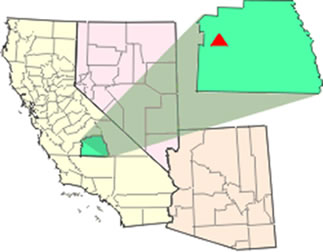 Dr. Kent Udell knows a lot about steam. He’s been researching its’ use in remediation for years now. In fact, thanks to remediation technology he developed with Superfund Research Program (SRP) funding, Steam Enhanced Extraction (SEE), there is one less Superfund site in California. Last September, the EPA declared that “no further remediation was necessary” at the Southern California Edison site in Visalia, CA, and removed the site from the National Priorities List-the registry of the most hazardous waste sites in the U.S.

From the mid 1920’s to 1980, Southern California Edison used a twenty-acre site in rural Visalia, CA, to treat their utility poles with creosote and other preservatives. This caused thousands of gallons of toxic chemicals to leak into the ground and into the surrounding well water, reaching depths of 100 feet. A popular groundwater cleanup method, pump and treat, was started at the site in 1976. Using this method, water is pumped from underground to the surface, where it is treated to remove or destroy contaminants, then returned underground. This technology is safe and effective, but slow. Over the 20-year period that the pump and treat system was in place at the Southern California Edison site, an average of 10 pounds of pollutants a week were removed. It was estimated, at this rate, that it would take 200 years and $100 million to fully remediate the site.

In 1995, the EPA began considering Dr. Udell’s SEE treatment as an alternative remediation method to the then-operating pump and treat. SRP-funded pilot tests were promising, and it was anticipated that SEE would achieve clean-up standards sooner than pump and treat technology. Construction of the SEE extraction system began in March 1997 and it was fully operational by May. The two remediation operations ran concurrently until steam extraction ended in June, 2000, after approximately 1,330,000 pounds of organic wood preservatives had been extracted from the subsurface soil and groundwater. The groundwater pump-and-treat operation continued to operate until March 2004, when all treatment operations ceased and the monitoring phase began.

After six years of monitoring, the EPA declared that the contaminant concentrations were below the threshold for concern and moved to delete the site from the NPL. Due to the contributions of Dr. Udell’s remediation technology, the Southern California Edison site was officially deleted on September 25, 2009, approximately 190 years ahead of the original estimate. The final cost to taxpayers was approximately $14 Million; it provided a savings of nearly $80 Million.