With funding from the NIEHS Superfund Research Program (SRP), researchers at the University of Kentucky (UK) SRP Center follow a multidisciplinary scientific approach to understand how environmental contaminants harm the body and explore effective interventions to protect the health of communities. 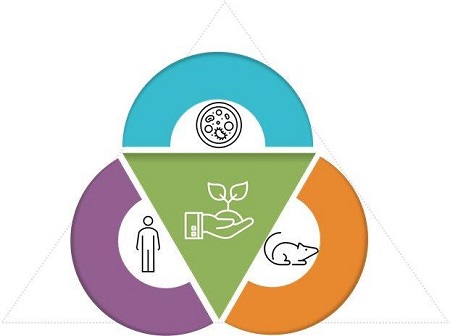 By integrating studies in cells, rodents, and human populations, the UK SRP Center team has shed light on the important role of nutrition in protecting people from the harmful effects of pollutants and identified practical solutions for individuals to improve their health.

Polychlorinated biphenyls (PCBs), a large group of persistent chemicals found at approximately 30% of Superfund sites, have been linked to cancer and other harmful effects, including on the immune system, reproductive system, nervous system, endocrine system, and more. 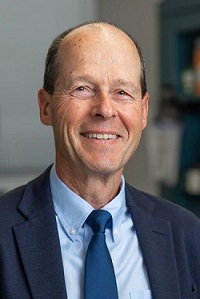 Researchers at the UK SRP Center, led by Bernhard Hennig, Ph.D., study underlying mechanisms by which exposure to PCBs can harm the body, how some components of our diets worsen these effects, and how good nutrition can protect health.

Lifestyle changes, such as diet, are practical solutions that empower individuals and communities to take control of their health.

Understanding How PCBs Harm the Body

Most of Hennig's research focuses on how PCB exposure leads to cardiovascular and metabolic diseases.

For example, using studies in cells and mice, the team gained insight into how exposure to PCBs disrupts cells that make up the inner lining of the circulatory system, called endothelial cells, and increases oxidative stress and inflammation. These steps can contribute to diseases like atherosclerosis, where cholesterol and fat build up on the walls of arteries and obstruct blood flow.

Hennig and team were the first to link exposure to low levels of PCBs with inflammation and heart disease in mice prone to obesity, even when the rodents had followed a low-fat diet.

They also uncovered complex relationships between exposure to PCBs, diet, and the microbiome, which is made up of all the microorganisms that reside in the body. For example, they found that PCB exposure disrupted the gut microbiome and altered metabolism in mice. These changes triggered an inflammatory response throughout the body, and increased markers of cardiovascular disease.

The Key Role of Nutrition

Hennig was interested in healthy living, nutrition, and cardiometabolic diseases long before the UK SRP Center came to life. But it was through the Center that his interest in exploring the intersection between diet, chemical exposures, and health took flight. "The NIEHS SRP Center has provided me and my colleagues with a wonderful platform to explore complex research involving nutrition and toxicology," said Hennig in an interview with NIEHS and National Toxicology Program Director Rick Woychick, Ph.D.

The team discovered that the type of fat in the diet, and not just the amount, can make a difference in how PCBs affect outcomes related to cardiovascular disease. For example, they found that mice exposed to both PCBs and omega-6 fatty acids had more endothelial cell dysfunction and inflammation compared to mice exposed only to PCBs. Omega-6 fatty acids are a type of unsaturated fat found in processed vegetable oils, nuts, and seeds that can increase the risk of heart disease if not eaten in moderation.

In contrast, they found that nutrients such as vitamin E and healthy omega-3 fatty acids, primarily found in fish, can reduce cell damage from PCB exposure by blocking the cellular pathways that lead to oxidative stress and inflammation.

Similarly, they found that inulin, a type of fiber found in vegetables, may protect against cardiovascular problems, including heart disease resulting from exposure to PCBs. A diet rich in inulin also reduced fat accumulation in the liver, protected the gut microbiome, and decreased atherosclerosis in mice exposed to PCBs. According to the team, these findings pointed to potential nutritional interventions for people who are exposed to PCBs. UK SRP Center researcher and former trainee Pan Deng, Ph.D., described this work in a video.

Hennig and team have also identified the protective role of plant-based antioxidants, called flavonoids, against PCB toxicity. For example, in mice they found that flavonoids:

In humans, the team discovered that diets rich in flavonoids from fruits and vegetables can reduce the risk for PCB-associated type 2 diabetes.

"I believe that embracing good nutrition is a very sensible way of confronting the fact that we live in a complex environment and experience a variety of exposures and chemical mixtures," Hennig told Woychik. "The food we eat and whether we are physically active has tremendous influence in the long term on our vulnerability to other stressors."

Building off these findings, UK SRP Center researchers explored the use of polyphenols, a larger class of plant-based antioxidants including flavonoids, in removing PCBs from the environment. Led by former trainee Angela Gutierrez, Ph.D., and researchers J. Zach Hilt, Ph.D., and Thomas Dziubla, Ph.D., the team developed novel nanoparticles containing polyphenols to bind to PCBs as a cost-effective alternative to traditional remediation approaches. Gutierrez, winner of the 2017 Karen Wetterhahn Memorial Award, explained this research in a video.

Hennig and team have recently added another layer of complexity to their research - studying exposure to mixtures of contaminants. In particular, the UK SRP Center added per- and polyfluorinated alkyl substances (PFAS) as contaminants of interest. PFAS are a large group of compounds used widely to make products resistant to stains, grease, and water. They are also a component of firefighting foams. The chemical properties that make PFAS desirable for so many applications and products also make them persistent in the environment.

Hennig and Deng reported that mice exposed to both PCBs and PFAS had worse liver damage, fat accumulation, and markers of cardiovascular risk compared to mice exposed to each chemical alone.

"We are exposed to a wide range of mixtures of pollutants in our everyday lives," Hennig explained. "Many of them act through similar mechanisms to harm health, so it is important to study mixtures as well as individual pollutants. The multidisciplinary systems approach within SRP allows us to further study and understand this complexity as well identify unique interventions, such as through positive lifestyle changes and nutrition." 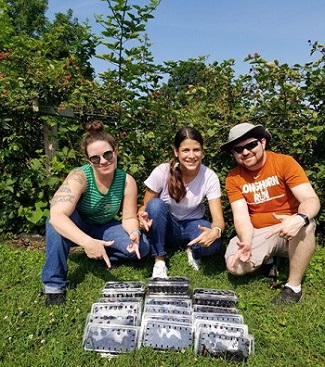 "A key challenge is to translate our research into clear, easily understandable public health messaging that helps individuals and communities learn about better nutrition options and their many health benefits," Hennig told Woychik.

Through the Community Engagement Core (CEC), led by Dawn Brewer, Ph.D., the UK SRP Center does just that.

For example, they designed and implemented educational programs to increase fruit and vegetable consumption among people exposed to PCBs. Many of these interventions focus on older adults, who may be more susceptible to the harmful effects of hazardous exposures.

The team also developed a curriculum, called "Body Balance: Protect Your Body from Pollution with a Healthy Lifestyle," and partnered with the Kentucky Family and Consumer Sciences Cooperative Extension Service to pilot the curriculum in Kentucky communities. This curriculum effectively improved environmental health literacy in the community, as did nutrition education programs for older adults.

Learn more about their work in the NIEHS podcast "Eating a Healthy Diet to Protect Against Pollution."