NIEHS-funded University of California, Berkeley Superfund Research Program Center (UC Berkeley SRP Center) researchers and collaborators developed a new approach to help risk assessors predict the toxicity of chemicals based on shared characteristics. The approach allows for identification of the events, or key characteristics, that are shared by chemicals with similar toxic effects.

The infrastructure and decades of risk assessment expertise provided by UC Berkeley SRP Center researchers served as the springboard for development of the key characteristics approach, which was led by Center Director Martyn Smith, Ph.D. Their expertise, combined with the Center’s experience engaging communities affected by hazardous exposures and know-how in communicating with stakeholders, played a critical role in forming a multidisciplinary team for the key characteristics approach.

This team included experts from 35 academic and research organizations, five U.S. government agencies, two intergovernmental agencies, three SRP Centers, and three pharmaceutical companies. This diverse collaboration provided perspectives and insight from a range of stakeholders throughout the process, ensuring the team developed a useful and practical tool for risk assessors. 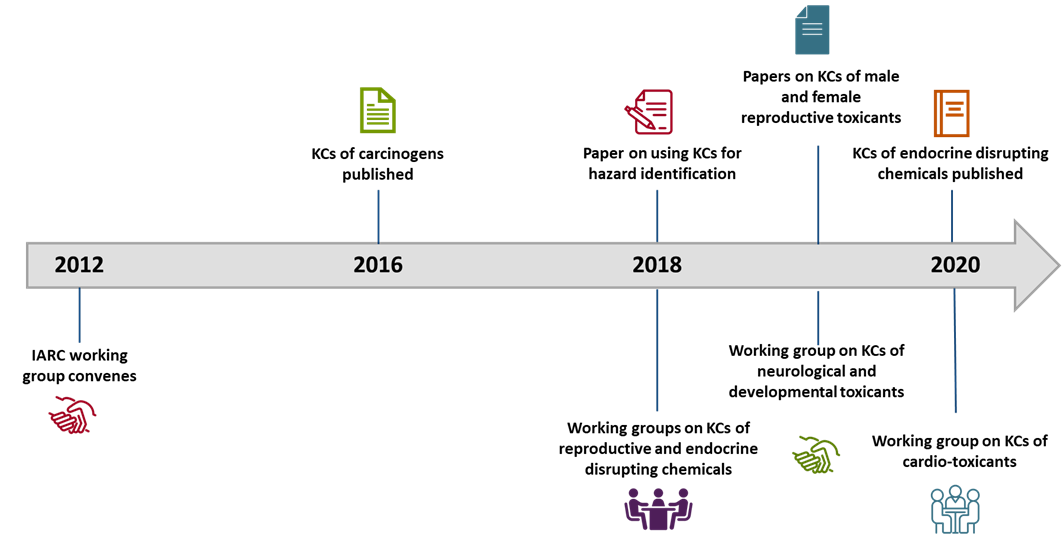 Using existing analytical methods and approaches, it would be time consuming and expensive to test the many thousands of chemicals in use for potentially harmful effects in humans. For example, studying the health effects resulting from exposure to chemicals in human populations can take years or decades, particularly for diseases that take a long time to manifest, like cancer.

Mechanistic studies and initiatives like the Toxicology in the 21st Century program (Tox21) generate large amounts of data that can help researchers better understand how chemicals affect human health. Tox21, a collaboration among NIEHS, the National Toxicology Program (NTP), the National Center for Advancing Translational Sciences, the National Center for Computational Toxicology, the U.S. Food and Drug Administration, and the U.S. Environmental Protection Agency (EPA), uses robotics and high-throughput screening to rapidly assess the potential of more than 10,000 chemical substances to harm human health.

However, scientists and decision makers have been challenged by the question of how best to systematically review and evaluate the machine-scale data generated by mechanistic studies to best understand potential implications for human health.

Key Characteristics of Carcinogens as a Building Block 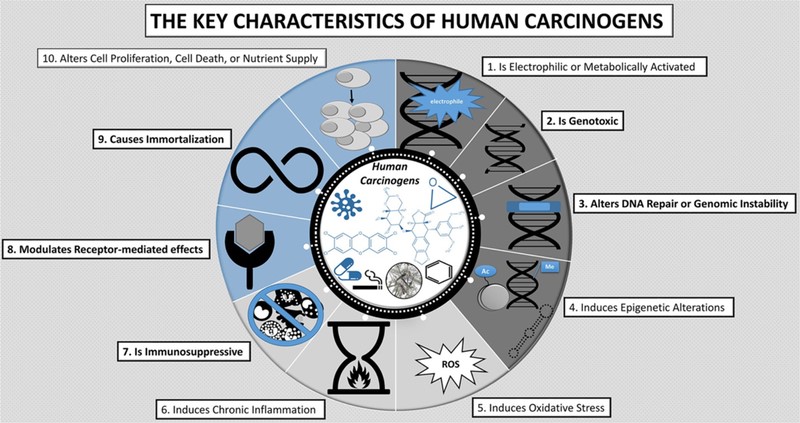 The key characteristics approach addresses the need for a systematic method for evaluating mechanistic data to help risk assessors make decisions about chemical, physical, and biological agents that may cause cancer, collectively called carcinogens.

In 2012, the International Agency for Research on Cancer (IARC) convened two workshops in Lyon, France for experts to discuss and identify the mechanisms by which known carcinogens cause cancer.

Experts reviewed the existing literature on chemicals known to cause cancer to define the early mechanistic changes in cells and organs caused by these chemicals.

As a result of these meetings, Smith and colleagues then defined ten key characteristics shared by cancer-causing chemicals and demonstrated how they could be used to organize data on mechanisms and to inform decision-making.

Next, in collaboration with Ivan Rusyn, Ph.D., and Weihsueh Chiu, Ph.D., of the Texas A&M University SRP Center, they systematically evaluated the strengths and limitations of the approach by reviewing the available mechanistic research on 34 chemicals with different IARC cancer classifications. The researchers demonstrated strong evidence of key characteristics for many of the agents classified as carcinogenic or probably carcinogenic to humans and identified gaps in evidence for further evaluation. 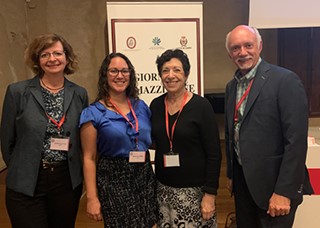 Smith and Lauren Zeise Ph.D., head of the Office of Environmental Health Hazard Assessment in the California Environmental Protection Agency (CalEPA), brought together a team of international researchers to carry out this effort. 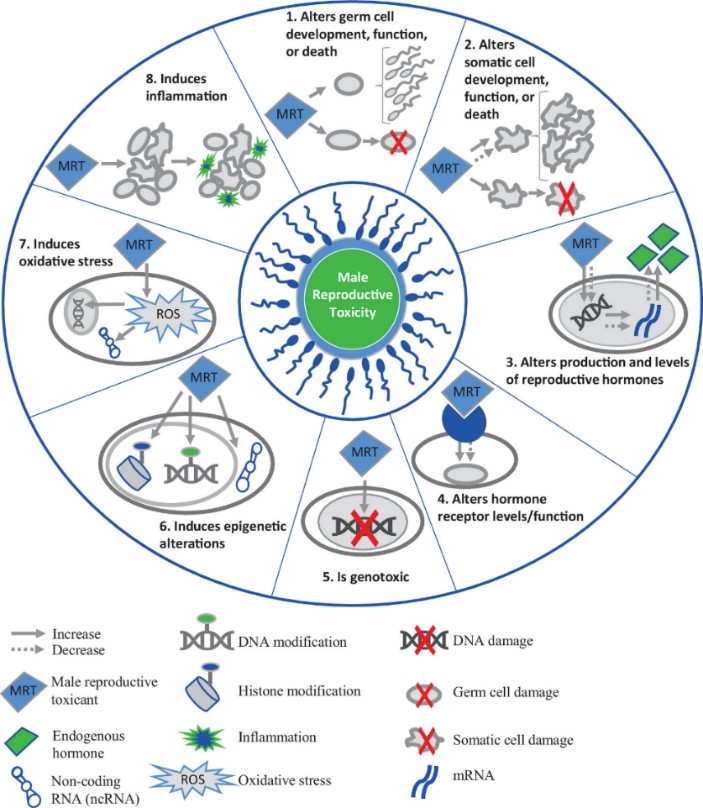 Another group of experts, led by Michelle La Merrill, Ph.D., of the University of California, Davis, and Thomas Zoeller, Ph.D., of the University of Massachusetts, Amherst, evaluated mechanistic data and developed 10 key characteristics of endocrine disrupting chemicals, which mimic or interfere with hormone actions in the body. For example, two of the key characteristics defined by the group include interacting with or activating hormone receptors and altering the production of hormones. They also identified assays that could be used to assess these characteristics and identified gaps where additional validated tests are needed.

IARC has successfully used this approach since 2015 to evaluate more than 50 different chemicals, and other agencies worldwide are beginning to apply it.

According to Smith, the approach is being used by EPA’s Integrated Risk Information System program and by CalEPA to inform decision making.

Similarly, the pharmaceutical industry is interested in key characteristics as an approach that could reduce animal testing and improve predictive toxicology. Consulting groups have also used the approach to evaluate the mechanistic data on the carcinogenicity of sucralose, aspartame, and per- and polyfluoroalkyl substances.

Instead of a narrow focus on specific pathways, the key characteristics approach has been a useful way to organize toxicity data that considers broad mechanistic evidence. This makes it adaptable to considering a wide range of health effects caused by harmful toxins.

In collaboration with scientists from CalEPA and IARC, the UC Berkeley SRP Center Research Translation Core, led by Cliona McHale Ph.D., launched a website and Twitter account with resources for regulators and others interested in applying the key characteristics approach.

In an archived May 2020 Superfund Research Program webinar, you can hear Smith and La Merrill describe the key characteristics approach to identify carcinogens and endocrine disrupting compounds. They also explain how key characteristics can be used to identify, organize, and utilize mechanistic data when evaluating chemicals that harm human health.

Moving forward, the working groups plan to expand their work to include key characteristics of chemicals that harm the immune system, metabolism, and more. Ultimately, they want to identify key characteristics of harmful chemicals more broadly, regardless of the specific body system that is targeted, and speed up provision of scientific information for decision makers.