A Brief History of the ESCBL

The evolution of scientific endeavors is as real than that of the biological systems we study, and the genesis of the Epigenetics and Stem Cell Biology Laboratory in the Division of Intramural Research at NIEHS is no different. In the late 1980’s, a Laboratory of Molecular Carcinogenesis was conceived and delivered by then Scientific Director Martin Rodbell with Dr. J. Carl Barrett as it’s first chief. The focus of the Laboratory emerged from the realization that a research group emphasizing the study of molecular mechanisms of cancer fit perfectly with the mission of the NIEHS and the importance of understanding the interplay of environment and genetics in driving cells to the malignant state, with critically important consequences to human health. The “LMC” grew and prospered under Dr. Barrett’s leadership, and addressed such topics as cell senescence, hormones and cancer, molecular toxicology, eicosanoid biochemistry, and metastasis. The discovery of the BRCA1 gene was in no small part due to determined efforts by members of the LMC (Futreal et al., Cancer Res, 1992) and (Miki et al., Science, 1994).

The focus of the Laboratory shifted over time, with the changing of principal investigators due to retirements and new recruits. A signal event during this metamorphosis was the hiring of Dr. Trevor Archer as Lab Chief in 2003. Dr. Archer’s emphasis on understanding the role of chromatin architecture in gene expression, particularly as it relates to carcinogenesis, led to exciting new approaches and a movement towards connecting cancer biology with broader issues in development. New investigators brought in additional energy in these areas. Dr. Paul Wade’s group brought a focus on epigenetics and chromatin remodeling, Dr. Karen Adelman’s lab added expertise in the molecular details of transcriptional regulation, and Dr. Raja Jothi strengthened the Lab through the application of bioinformatics to address the complexities of gene expression. The LMC continued to expand with the addition of Dr. Guang Hu, which significantly increased the Laboratory’s concentration on stem cell biology, and NIEHS Director Rick Woychik, with his lab’s complementary interests in environmental exposure effects on epigenomic transcriptional regulation.

Given the progression of scientific interests and the natural turnover within the LMC and the entire NIEHS, a remodeled Epigenetics and Stem Cell Biology Laboratory (ESCBL) was created in the fall of 2014. The ESCBL research family has now expanded to welcome Dr. Traci Hall, formerly of the Laboratory of Structural Biology, whose structural analysis of RNA regulatory pathways in stem cell biology and embryonic development complements the biochemical and genetic analysis of gene regulation programs already present in the Laboratory. The ESCBL now also has responsibility for several important service facilities at NIEHS. These include the Epigenomics and DNA Sequencing Cores, the Protein Microcharacterization Core, the Mass Spectrometry Support Group, and the Integrative Bioinformatics Support Group.

Throughout the history of the LMC, and now the ESCBL, talented and enthusiastic trainees have played a critical role in the Laboratory’s success. These hard-working young researchers, whether they be undergraduates participating in a summer program, graduate students affiliated with local universities, or post doctoral fellows carving out their own scientific niche, have been a driving force in the generation of ideas and the execution of research plans within the Laboratory. They have also been highly active within the NIEHS community, holding positions of leadership in the NIEHS Trainees Association and getting involved in numerous educational outreach efforts to local schools. Many have moved on to productive positions of their own in universities and industries around the world. Others continue to be recruited to the ESCBL labs and are actively involved in the implementation of research goals presently in play within the Laboratory.

With these changes and additions, a blend of experienced leadership and youthful enthusiasm has been accumulated within the ESCBL that is providing a platform of skills and approaches consistent with the Laboratory’s goals of making significant contributions to our understanding of critical genetic/epigenetic mechanisms and how environmental exposures of the 21st century impact human health at the most basic level. 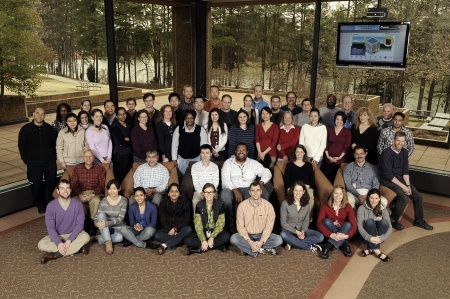 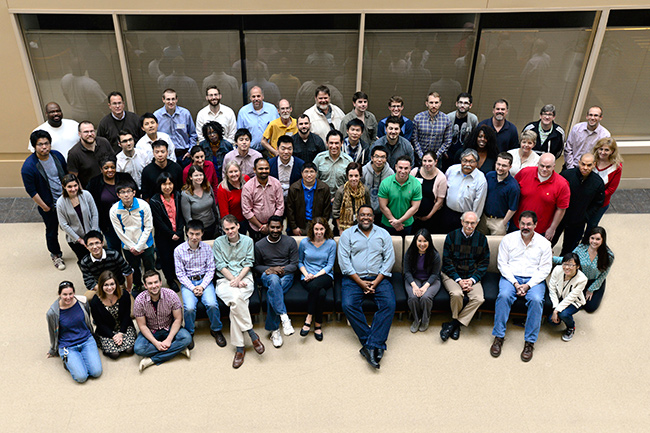 Members of the Epigenetics and Stem Cell Biology Laboratory; photo taken at the 2016 ESCBL Trainees Conference.