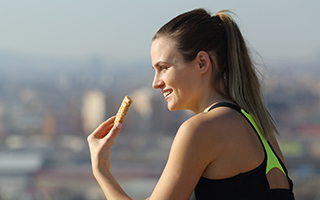 For decades, toxicology studies and regulatory approaches have focused on the effects of single chemicals on human health. However, scientists recognize that we are exposed to complex mixtures of environmental chemicals every day and throughout our lifetimes. We encounter these mixtures through the air we breathe, the food and water we consume, and the products we use in our home or on our bodies.

These complex chemical mixtures may have greater effects on our health than each chemical would alone. For example, exposure to ozone and aldehydes, which are components of smog, produces greater health effects than would be predicted based on each chemical alone.

NIEHS and the National Toxicology Program (NTP) are developing methods to study environmental exposures in ways that more closely represent the mixture of exposures that we experience in real life.

Studying a chemical mixture requires evaluating the effects of individual chemicals within the mixture, interactions among those chemicals, and the combined effect the mixture may have on human health. Researchers are examining how these mixtures interact in cells, animals, and humans to determine health effects. In addition, they are developing innovative statistical methods to assess the health effects of mixtures and characterize real-life exposures. 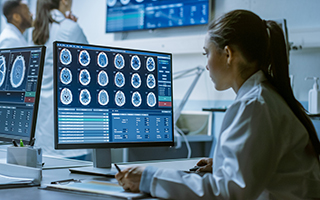 At any given time, we are exposed to complex, real-world mixtures of potentially dangerous compounds. These mixtures include chemicals and infectious agents, which can act in combination to create more severe effects. For example, carriers of the hepatitis B virus who are also exposed to aflatoxin show a 60-fold increase in the incidence of liver cancer.

In recent years, scientists at NTP as well as those affiliated with NIEHS intramural and extramural programs have made substantial progress in learning how exposures to various mixtures affect human health. The following are a few of their findings.

Though real-world chemical exposures occur in mixtures, researchers have historically studied exposures to single chemicals. Studies of mixtures are tricky because of the need for complicated measurements, the difficulty of determining which components are of concern, and the need for clearer understanding and application of available statistical methods.

In human health studies, real-world environmental exposures occur in mixtures that are too complex for traditional statistical models. Not only are there many factors to consider simultaneously, but they are often related to each other, may interact, and may involve complex biological processes.

In laboratory studies such as those led by NTP, scientists conduct research on chemical mixtures using the following three study designs, based on materials and outcomes of interest:

New toxicology tools developed by NIEHS-funded researchers and collaborators can help assess how exposures to chemical mixtures affect human health. The following are a few examples: 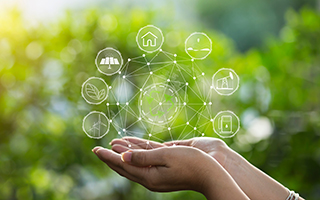 A strategic approach to mixtures research has been developed over many years. The cross-divisional NIEHS Combined Exposure and Mixtures Working Group, formed in 2010, gathers scientists from across the institute with an interest in mixtures research. This working group meets regularly and serves as a forum for discussing and fostering collaboration on mixtures projects.

CEM research was included as a strategic goal in the 2012–2017 NIEHS Strategic Plan and in the current NIEHS Strategic Plan (2018– 2023). One goal of CEM is to prioritize mixtures research based on cancer, cardiovascular disease, and other diseases relevant to humans. That approach differs from others that tend to only consider similarities among environmental agents in their chemical structure or mechanism of action.

Projects undertaken by the CEM program will help provide the scientific basis for public health decision-making by informing:

Through the Powering Research through Innovative Methods for mixtures in Epidemiology (PRIME) program, NIEHS funds researchers who are developing methods that incorporate toxicological information into statistical models. PRIME grantees study how exposure to mixtures of metals, pesticides, endocrine disrupting chemicals, persistent organic pollutants, and air pollution affect health. Some researchers also examine how non-chemical exposures, like stress and nutrition, may amplify or protect against the adverse health effects of a chemical mixture.

The Outstanding New Environmental Health Science (ONES) awards are geared towards researchers at formative stages of their careers, many of whom are studying health effects resulting from exposure to environmental mixtures. For example, ONES awardee Andres Cardenas, Ph.D., from the University of California, Berkeley, studies the extent to which exposures to neurotoxic mixtures just before and after birth, as well as key prenatal nutrients, can jointly influence brain development. Another ONES awardee, Jessie Buckley, Ph.D., from Johns Hopkins University, is investigating the role of environmental chemical mixtures in the development of childhood obesity.