Keeping it Green: Plants as Detection Devices and for Improving Health

Building on previous editions of the Science Digest that highlighted SRP grantee research related to bioremediation and the microbiome, combining materials science and engineering approaches with bioremediation, and designing strategies to clean up pollutants and promote resilience in the context of climate change, this feature focuses on how plants can be used to monitor exposures and promote health and wellbeing.

SRP Center researchers are exploring new ways to monitor chemicals in air by collecting and analyzing plant leaves, a technique called phytosampling. From pine needles to peppermint, researchers are discovering the natural attributes of plants that make them powerful tools.

Power of Pine Needles: Erin Baker, Ph.D., and Scott Belcher, Ph.D., of North Carolina State University (NCSU) SRP Center led a study showing that pine needles can detect and capture trends in per- and polyfluoroalkyl substances (PFAS) contamination. Pine needles have a waxy coating that traps airborne pollutants, providing a record of the types and levels of contamination over time. 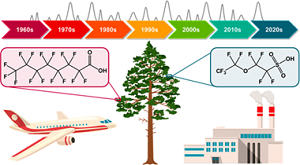 The researchers examined 60 fresh pine needle samples and 15 archived samples, dating back to the 1960s, all of which were collected at varying distances from PFAS contamination sources in North Carolina. They determined that more than 70 PFAS compounds were present in the pine needles and that PFAS types in the samples corresponded with changes in PFAS use over time. For example, samples from the past 30 years contained an increasing number of newer PFAS, such as GenX, compared with the historic samples that contained older varieties.

According to the researchers, their results show that analyzing pine needles is useful for monitoring PFAS types and distribution in the environment.

Monitoring EPFRs: A team at the Louisiana State University SRP Center found common plant leaves can work as better collectors of particulate matter (PM) pollution than traditional devices. Led by Slawo Lomnicki, Ph.D., the team studies how phytosampling, alongside standard methods, can reveal what chemicals are in the air.

Standard PM collection devices are expensive, and a large number are needed for accurate sampling. Collected particles can also be hard to retrieve and environmental conditions like sun, wind, and rain affect how well devices work.

Phytosampling can offset those drawbacks. The team found that trichomes, hairlike structures on a leaf’s surface, and static electricity help plants trap more PM by volume than traditional devices. This approach also provided more detailed information on specific chemicals in PM, such as different types of polycyclic aromatic hydrocarbons and environmentally persistent free radicals (EPFRs), a newly discovered class of environmental contaminants. Because phytosampling does not show contaminant concentration in the air, only the variety and distribution, the team recommends combining this approach with other methods.

According to Lomnicki, phytosampling is a useful technique for detecting EPFRs and other components of PM, since it is inexpensive, requires little equipment, and allows researchers to easily collect samples over wide areas. 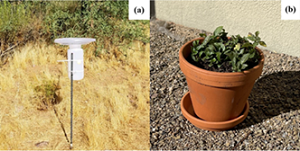 The team observed that plant leaves may function similarly to standard collection devices for contaminant sampling. This means citizen scientists in remote or resource-limited areas have a low-cost tool to monitor metals in air and dust.

Deep Roots: A separate team, led by Mark Brusseau, Ph.D., at the University of Arizona SRP Center, used trees to characterize volatile organic contaminants (VOCs) in groundwater at three hazardous waste sites in Arizona. Most phytoscreening applications have been conducted in humid environments with shallow groundwater, about 1-6 meters deep, but the scientists wanted to evaluate whether phytoscreening was possible in semi-arid sites with deeper groundwater.

The researchers successfully demonstrated that trees can be used to detect VOCs in areas with deeper groundwater, but some trees are more efficient at screening contaminants than others. Specifically, older trees and eucalyptus had higher concentrations of VOCs than younger trees and other tree types. 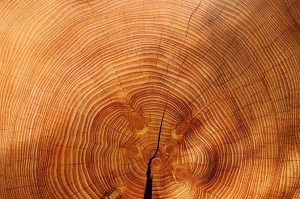 Rings Tell a Story: Researchers at the Columbia University SRP Center, led by Alexander van Geen, Ph.D., found that tree rings can be used to reconstruct history of contamination at a Superfund site in New Jersey. The team measured arsenic in annual growth rings of two species of oak trees growing in soils at the Superfund site and compared them to samples from uncontaminated soils.

They found that samples collected at the Superfund site had higher arsenic concentrations than samples collected outside of the site. The scientists also observed that trees with thinner sapwood work better for reconstructing history of arsenic contamination. Sapwood is the outer light-colored portion of a tree through which water passes from the roots to the leaves.

Pinpointing Hotspots: In urban areas, VOCs can be problematic because of their potential to enter people’s basements via soil vapors. Led by Shirley Papuga, Ph.D., a team at the Wayne State University SRP Center uses plant tissues to identify VOC hotspots below ground in Detroit, Michigan. Their approach uses a Geographic Information Systems framework, which combines geospatial and plant tissue data, to identify sources of VOC contamination.

The researchers also plan to use this data to complement air monitoring studies, remediation efforts, and biomedical research, to protect residents from the harmful effects of VOCs. 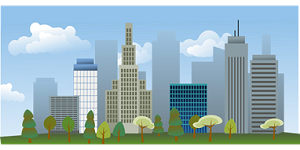 Neighborhood Greenness Matters: With SRP and other funding, Aruni Bhatnagar, Ph.D., of the University of Louisville SRP Center, investigated associations between residential-area vegetation and exposure to VOCs, which have been linked to cardiovascular disease, heart disease, and cancer. The researchers collected urine samples from more than 200 volunteers living in urban areas and found that lower VOC exposure was associated with higher levels of residential greenness, particularly in winter.

Bhatnagar and colleagues also assessed whether the degree of vegetation visible from within a person’s home influenced states of depression. The team compared scores for nearly 200 people who had completed a mental health questionnaire for depression with self-reported views of plant life. Although the researchers found no statistically significant relationship between home views of greenery and depression, they did find an association between lower depression scores and satisfaction with local plants. As the authors suggested, verdant home views might reflect general satisfaction with neighborhood vegetation, and thus could be indirectly tied to depression. 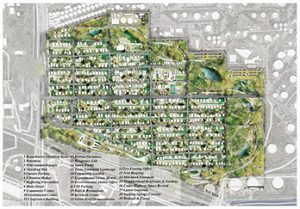 Through a series of planning sessions, the team invited community input that informed a master plan for the area. Modeling showed that the plan reduced the risk of flooding, decreased stormwater runoff contaminants, and provided a possible direction to protect vulnerable communities. Read more about the TAMU SRP Center’s urban planning work in the December 2021 issue of the Science Digest.

Another vein of Newman’s research touches on the role of green space in mental health following disasters. In one study, Newman and colleagues examined connections between floral abundance, perceived quality of neighborhood green space, and stress among survivors of a natural disaster.

They collected survey data from more than 200 Texans whose neighborhoods had been damaged by Hurricane Harvey in 2017. The researchers found that people who observed ample green space in their neighborhoods were less likely to show signs of post-traumatic stress disorder and other natural disaster-induced emotional stress.

Green Diet: Researchers with SRP have also investigated the health benefits of eating greener — that is, incorporating plants into diet. For example, a team led by Bernard Hennig, Ph.D., of the University of Kentucky SRP Center, found that a certain flavonoid — a type of nutrient found in fruits and vegetables — can protect cells from inflammation associated with exposure to polychlorinated biphenyls (PCBs).

Hennig and colleagues also found that diets rich in fruit and vegetables can reduce the risk for PCB-associated type 2 diabetes. Learn more about Hennig’s nutrition work in the December 2018 issue of the Science Digest and an SRP Public Health Impacts story.