NIEHS Superfund Research Program (SRP) individual research projects were in the spotlight during the Spring 2022 SRP Progress in Research Webinar series. These projects received funding in 2020 in response to a call for applications for work that combines materials science and engineering approaches with bioremediation science. Bioremediation is a cost-effective, energy-efficient approach that uses bacteria, fungi, and plants to break down and remove hazardous substances from the environment. This feature highlights how these novel strategies to clean up the environment and improve public health.

Researchers are devising innovative remediation strategies to remove per- and polyfluoroalkyl substances (PFAS), a large class of chemicals used in a variety of industrial and consumer products, and other halogenated contaminants from the environment. 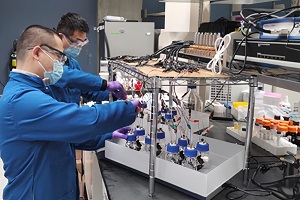 Known as forever chemicals, PFAS are hard to break down because of the strong chemical bonds that hold the molecules together. To address this challenge, grantees are using nanotechnology and other materials science to break down PFAS into smaller, non-toxic molecules that can be easily removed from the environment. 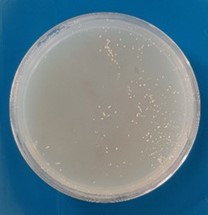 Bacteria growing on a petri dish. The bacteria originated from a wastewater treatment site. (Photo courtesy of Youneng Tang)

Using advanced sorbents — materials that bind other substances to their surface — and bacteria, researchers are improving techniques to sustainably clean up chlorinated contaminants.


Using Plants and Fungi to Clean Up the Environment

Researchers are also using advances in materials science to improve how plants and fungi remove hazardous substances from soil and water.