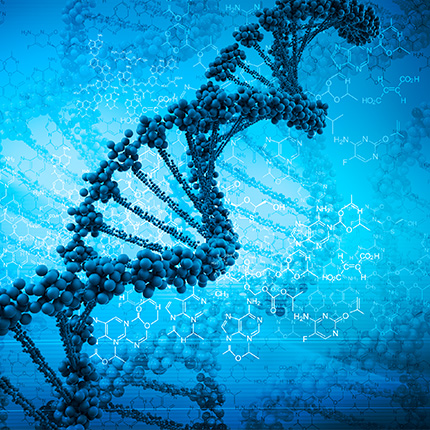 NIEHS-funded researchers identified hotspots in the human genome that are susceptible to epigenetic changes after cadmium exposure. Led by Michael Cowley, Ph.D., and Cathrine Hoyo, Ph.D., at the North Carolina State University Center for Human Health and the Environment (CHHE), the research provides clues about how cadmium exposure causes disease.

Epigenetic changes occur when molecules bind to and alter the structure of DNA, affecting which genes are turned on or off. An example of this is seen with imprinted genes, in which only one of the two gene copies we inherit from our parents is expressed because of epigenetic silencing. For example, a gene inherited from dad is turned off because of epigenetic marks while the copy inherited from mom is turned on, or vice versa. One type of epigenetic change is called DNA methylation, which involves the addition of a chemical compound called a methyl group to the DNA.

The research team discovered that DNA regulatory regions at imprinted genes, referred to as Imprinting Control Regions (ICRs), may be particularly sensitive to cadmium-related epigenetic changes. They analyzed blood samples from 20 mothers and cord blood samples from 19 of their newborn infants, comparing DNA methylation profiles for women with higher cadmium exposure to those with lower cadmium exposure. Using genome-wide sequencing, they identified 1,945 sites in mothers and 641 in newborns with differences in methylation between the higher and lower cadmium exposure groups.

The scientists determined that DNA methylation at ICRs may be more sensitive to cadmium exposure than at other places in the genome. Some of the epigenetic changes they found were in genes related to cardiovascular functions and metabolism, providing clues to how cadmium may cause disease. According to the scientists, their next step will be to investigate what makes these genes more susceptible to cadmium.

This work was funded in part by the NIEHS under the following grants: K22ES027510, R01ES016772, and P30ES025128. At CHHE, Cowley is a member of the Molecular/Cellular-Based Systems and Model Organisms Team, and Hoyo is co-director of the Integrative Health Sciences Facility Core and a member of the Human Population Science Team.