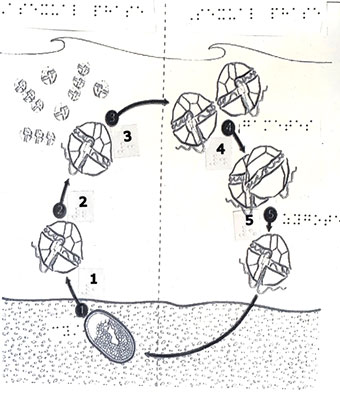 Materials adaptations include raised line graphics with braille captions, such as this figure depicting the life cycle of the toxic dinoflagellate A. catenella.
(Photo courtesy of Mindy Richlen)

In a new educational activity developed by NIEHS grantees, students become scientists by using real data to track harmful algal blooms (HABs), and they learn how HABs relate to oceans and human health. Designed for middle school students, the hands-on activity meets science learning standards and provides teachers a step-by-step guide so they can easily integrate it into their classrooms. It also includes modifications for visually impaired students to increase inclusivity and make oceans and human health science accessible to more classrooms.

“Given the recent rise in HABs, this activity is a timely way to teach students how HABs affect the health of humans and wildlife while also building students’ data literacy,” said Mindy Richlen, who helped develop the activity. Richlen leads the Community Engagement Core within the Woods Hole Center for Oceans and Human Health, which is jointly funded by NIEHS and the National Science Foundation.

HABs occur when certain species of microscopic algae, called phytoplankton, grow excessively in a body of water and produce toxins that harm people, animals, and other parts of the ecosystem. The educational activity focuses on a type of HAB that produces neurotoxins that accumulate in shellfish, such as clams or mussels. Eating contaminated shellfish can lead to paralytic shellfish poisoning, which can cause paralysis and even death. 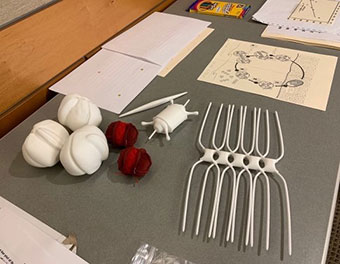 Before beginning the activity, students learn about the life cycle of the HAB species, the types of data scientists collect to predict when and where blooms may occur, and the environmental conditions that promote HAB growth, such as warmer water temperatures.

Students then create heat maps and line graphs using actual data collected by scientists monitoring HABs in the Gulf of Maine. The maps help students identify locations where HABs are prevalent, which is important information for managers charged with protecting people from HAB toxins.

“The data plotting exercises familiarize students with different ways that scientists visualize and interpret data,” said Richlen. “Students enjoy the creative element of making the heatmap and comparing their map with those generated by students for other sampling years, which helps illustrate patterns in HABs over time and across geography.”

The activity provides teachers everything they need to implement it in the classroom, including background information, handouts of the heat map and line graph, and the code for producing 3D printed models of the HAB species. Additionally, it outlines relevant science and math learning standards that many teachers look for when incorporating new activities into the classroom.

Modifications for the visually impaired include multiple tactile teaching aids. For example, raised line drawings can be produced using the activity’s handouts of HAB cells and life cycle, and students can use raised stickers as data points to create a line graph. For the heat map, substituting colors with different textured materials, such as cloth and sandpaper, can be used to create a map accessible to the visually impaired. 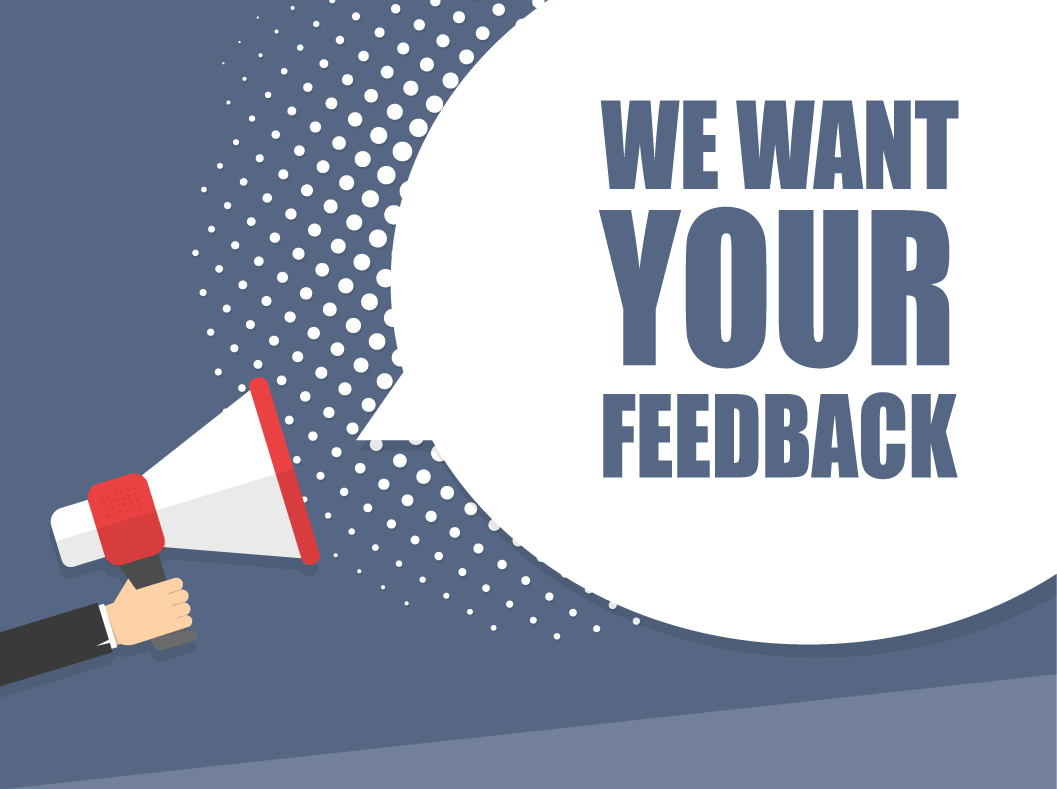 “We received many positive comments from teachers about the use of real research data in the activity, as well as the adaptations for the visually impaired,” reported Richlen. “This hands-on approach gives students the opportunity to evaluate sampling strategies from the standpoint of a resource manager and provides them with a real-world example of how our oceans influence human and ecosystem health.”

Listen to the PEPH podcast episode titled, Harmful Algal Blooms and Your Health, to learn more about the impacts of HABs on human health, ecosystems, and the economy. In addition, hear how scientists are exploring the use of toxins and other chemicals released by these algae to treat certain diseases.

NIEHS Launches Website with Resources for Worker Protection from COVID-19

On March 23, NIEHS launched a website with important health and safety resources for workers who may be at risk of exposure to COVID-19. Led by the NIEHS Worker Training Program, this worker-based training initiative aims to reduce exposure risk for frontline responders, such as hospital staff. The initial focus is to build a virtual safety training platform to deliver just-in-time content that targets high-risk industrial sectors. Read the NIEHS news release to learn more.

A new coloring book provides kids and parents a fun and educational activity to do at home while learning how the environment affects health. Produced by NIEHS grantees at the Icahn School of Medicine at Mount Sinai, the Healthy World, Healthy You coloring book includes original artwork as well as environmental health tips that families can use to lead a healthy lifestyle. The story follows a young girl named Isabella who recently moved to Brooklyn. As she heads to Brooklyn Bridge Park, she educates her family and friends on the intersection of health and the environment. The coloring book is printer-friendly and free to download.

A new workshop report on the causes and consequences of sleep health disparities (SHDs) was recently published ahead of print in the journal Sleep. The report highlights research gaps, challenges, and opportunities in sleep and health disparities research that are critical for understanding SHDs in the U.S. The workshop proposed focusing on environmental and sociocultural determinants of sleep health, integration of SHD research fields, and designing interventions to address SHDs.

NIEHS epidemiologist Chandra Jackson, Ph.D., is lead author on the report and served as workshop co-chair. Jackson leads the NIEHS Social and Environmental Determinants of Health Equity research group and holds a secondary appointment at the National Institute of Minority Health and Health Disparities (NIMHD). Held in 2018, the workshop was supported by NIMHD; the National Heart, Lung, and Blood Institute; and the NIH Office of Behavioral and Social Sciences Research. The workshop report was funded in part by NIEHS. 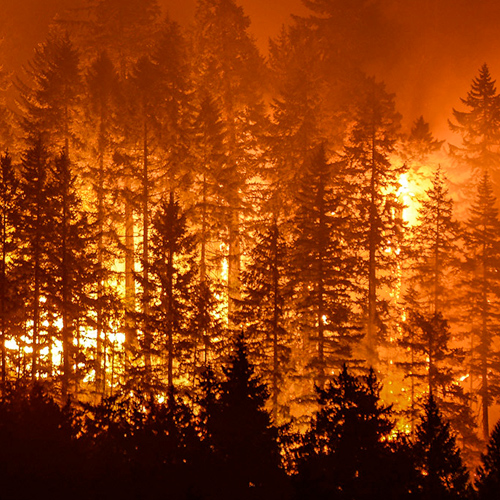 When Wildfires Hit Close to Home

When Wildfires Hit Close to Home

In our latest podcast, When Wildfires Hit Close to Home, learn how NIEHS-funded researchers are studying urban wildfires to better understand how these complex exposures may affect human health. Plus, learn how information from these studies could help communities better prepare for urban wildfires in the future. 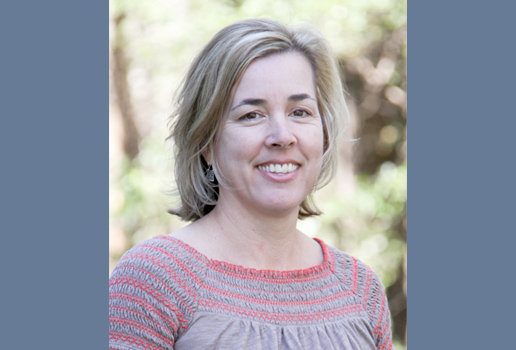 Dana Haine works with researchers, K-12 teachers, and students to make the newest scientific research accessible to the public. For example, she teamed up with researchers at the NIEHS-funded Center for Environmental Health and Susceptibility at the University of North Carolina at Chapel Hill, to develop a lesson plan about the health effects of e-cigarettes. In the two-part lesson plan, students examine data showing how e-cigarette flavorings affect immune and lung cells.

“By connecting teachers with current research findings through development of classroom-ready activities, we play a valuable role not only in preparing the next generation of scientists but also in promoting their understanding of environmental health topics,” Haine said.

Deadline: July 7, 2020
Letter of Intent: Due 30 days prior to the application due date.

Encourages multidisciplinary projects to investigate the potential health risks of environmental exposures of concern to a community and to implement an environmental public health action plan based on research findings. Projects supported under this program are expected to employ community-engaged research methods to not only conduct research but also to seamlessly translate research findings into public health action.

Check out the Research to Action Currently Funded Grantees webpage for a sense of the types of projects supported through this FOA. Exposure to microplastics is widespread and well documented, but health effects are unclear. Turning research into real-world benefits, one community at a time Environmental Factor

The NIEHS Partnerships for Environmental Public Health celebrated 10 years of using science to improve lives across the country.