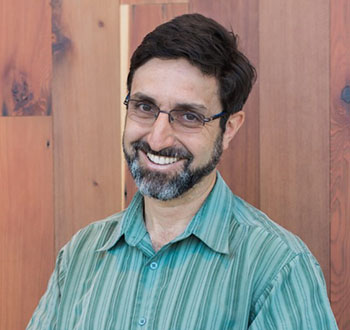 NIEHS grantee Jonathan London, Ph.D., is committed to building healthy, equitable, and sustainable communities in California. As an educator, researcher, and community builder at the University of California, Davis (UC Davis), London’s work is focused on addressing environmental concerns in rural communities, including those in the Imperial, Coachella, and San Joaquin Valleys.

London first became interested in community-engaged research through his undergraduate work with indigenous communities in Brazil, who were concerned about the impacts of deforestation, hydropower development, and other environmental issues. He went on to found and co-direct a non-profit organization dedicated to engaging young people in participatory-action research both in the U.S. and around the world.

“I’ve always held a strong interest in helping disadvantaged, historically marginalized communities,” says London. “These experiences taught me about the power of community voice and the importance of people being able to play an active role in addressing the conditions that are affecting them,” said London.

In his current role at UC Davis, London serves as co-director of the Community Engagement Core (CEC) of the NIEHS-funded Environmental Health Sciences Center (EHSC) and director of the Center for Regional Change.

In his work with the CEC, London links researchers and community partners to address regional environmental health needs of vulnerable populations in California. To achieve this, he works with a diverse set of community partners through the Community Stakeholder Advisory Committee (CSTAC). The committee, comprised of non-profit organizations, government agencies, and academic partners, informs research questions by providing a unique window into the community’s needs.

The CSTAC helped identify environmental health priorities for the region, including understanding the relationship between particulate matter (PM) from the Salton Sea and the area’s high asthma rates. The Salton Sea, California’s largest lake, has been heavily polluted from pesticide runoff. The lake has also been drying up, sending dust into the surrounding area that compromises the health of low-income, largely Latino farmworker communities. 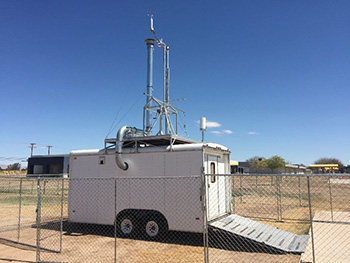 In a pilot study led by Kent Pinkerton, Ph.D., and funded by the UC Davis EHSC, London and CEC colleagues are assisting the research team connect with community leaders to for a collaborative study of how PM from the Salton Sea compares to PM from other air pollution sources in the Imperial Valley. Although only in the preliminary phases of the study, the objective is to determine if there are local sources of airborne PM in the Valley that have the potential to explain the increased rates of asthma observed among the young people of Imperial County.

Working in collaboration with Comite Civico del Valle (CCV), the research team has hosted town hall meetings with local communities to inform their research endeavors to collect and analyze airborne PM samples from the Valley. In collaboration with a newly formed Imperial County Advisory Committee, the CCV and students at Calipatira High School, the researchers are using air samples collected in Calipatria with a unique mobile research trailer to determine whether PM-specific sources from the Valley can help to explain increased susceptibility to asthma within the region.

“Throughout the study and data collection process, the communities will be in a decisive, highly influential role,” said London. “The overarching goal is to empower residents with information about their environment and encourage them to get involved to find solutions.” 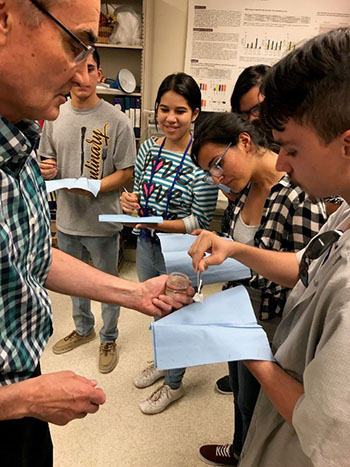 Calipatria High School students from the Imperial Valley learn about lung anatomy, while working with UC Davis professor Kent Pinkerton this summer. Ultimately, these students will share what they learn about the relationship between air quality and asthma, as well as the results of the Salton Sea project, with residents of the Imperial Valley.
(Photo courtesy of Savannah Mack, UC Davis)

Another area of London’s work looks at improving access to clean water, especially for low-income communities in the San Joaquin Valley. In these communities, drinking water is often polluted by an array of contaminants, including pesticides, heavy metals, nitrates, and wastewater from treatment and disposal systems that are poorly maintained. Frequent droughts further limit access to safe drinking water.

To raise awareness about these water supply challenges, London and colleagues recently published a report describing how lack of access to clean, safe, and affordable water is a threat to public health. London and colleagues have used this report to improve public awareness, help community members understand their water supply challenges, and encourage community engagement. In part owing to their work, broad public support was garnered for the California Clean Water and Safe Parks Act. The measure, which passed on June 5, 2018, will provide significant funding to support drinking water programs in disadvantaged communities.

“Hundreds of thousands of people in California are regularly forced to rely on drinking water that is unsafe, inaccessible, and unaffordable,” said London. “But our research has helped raise awareness of the scale and urgency of the problems with drinking water access in disadvantaged communities. Our hope is that this momentum will lead to future improvements in clean water availability for the region.”

Moving forward, London will continue leveraging community partnerships to transform environmental health science and improve public health. “My goal is to maximize university resources as tools for social justice, and to help underserved communities get access to information to empower themselves,” said London.