Understanding and Predicting the Links Between Exposure and Disease 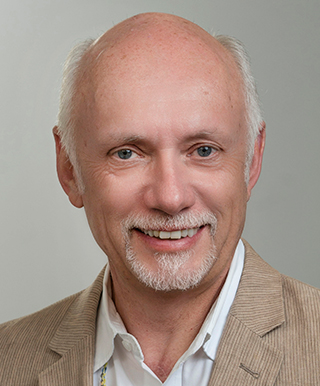 Smith is a Professor of Toxicology and the Kenneth Howard and Marjorie Witherspoon Kaiser Endowed Chair in Cancer Epidemiology at UC Berkeley.
(Photo courtesy of Martyn Smith)

Important discoveries by long-time NIEHS grantee Martyn Smith, Ph.D., shed light on how exposure to contaminants can harm health and improve assessment of the health risks of different chemicals. Since its inception in 1987, Smith has directed the Superfund Research Program (SRP) Center at the University of California, Berkeley (UC Berkeley). This program combines basic research, engineering, population studies, training, and community engagement to understand cumulative impacts from multiple environmental stressors.

Smith’s career-long quest is understanding what causes blood and bone marrow cancers, including leukemia and lymphoma.

“Two of my favorite uncles died of leukemia, and some of my early research dealt with childhood leukemia,” said Smith. “I became really interested in developing methods to try to understand what caused leukemia in adults and in children.”

Over three decades, Smith has studied the effects of benzene on blood cancers. Benzene is found in cigarette smoke, crude oil, and gasoline, and can contaminate groundwater. Smith and his team were the first to reveal blood and bone marrow disorders at exposure levels below the occupational safety standard at the time.

They developed and applied biological markers of benzene exposure, providing a more detailed understanding of how benzene causes leukemia. Their research informed a decision by the U.S. Environmental Protection Agency to lower the benzene content of gasoline in 2007.

The exposome concept endeavors to capture the totality of all exposures a person experiences throughout their life. Smith and his colleagues have been at the forefront of the effort to characterize the exposome since its infancy.

“One of the ideas we put forward was expanding the definition of environmental exposures,” Smith explained. “Basically, anything that is not laid out in your DNA is part of that environment.”

They began by using ‘omics technologies, such as genomics, to fully characterize effects in humans exposed to benzene. They also developed and implemented a concept to measure the exposome by analyzing snapshots of the chemical environment inside the human body. Their team has led the field in exploring research priorities and methodologies for using the exposome to study cumulative impacts and exposure to multiple contaminants. 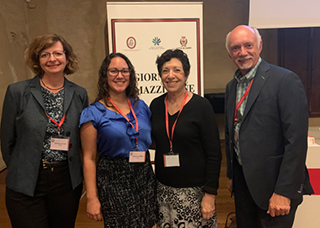 Smith’s research has revealed new insights on the thousands of chemicals people are exposed to every day. Using current methods, it would be difficult to test all the chemicals in use for toxic effects. Smith and his colleagues developed a new approach to help risk assessors predict the toxicity of chemicals based on key characteristics.

They convened working groups of international regulatory experts and scientists to discuss specific cellular and molecular events that lead to toxicity and identify the events, or key characteristics, that are shared by chemicals with similar toxic effects.

The key characteristics framework helps risk assessors better identify, organize, and summarize the potential health risks of different chemicals. They may also systematically predict whether less-studied chemicals may be toxic and prioritize them for further study.

So far, Smith and his colleagues have identified key characteristics shared by chemicals that cause cancer, are toxic to male and female reproduction, and endocrine-disrupting chemicals.

“We plan to facilitate additional working groups of experts focused on identifying key characteristics of chemicals that harm the brain and development, as well as chemicals that harm the heart,” said Smith. “Ultimately, we hope to identify key characteristics of harmful chemicals more broadly, regardless of the specific body system that is targeted, and speed up the process to provide scientific information for decision makers.”