Exploring How Cells Deal with Injury to Improve Cancer Outcomes 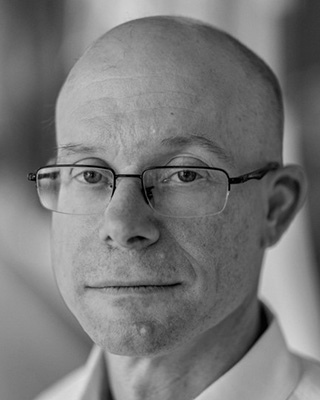 Yaffe is the David H. Koch Professor of Science and Professor of Biology and Biological Engineering at the Massachusetts Institute of Technology, where he has been a member of the faculty since 2000. He is also an attending trauma surgeon at the Beth Israel Deaconess Medical Center.
(Photo courtesy of Michael Yaffe)

Michael Yaffe, M.D., Ph.D., studies how cells respond to stress and injury, including damage from environmental pollutants. His research is revealing important protein interactions that help explain why some cells repair cell damage while others end up with chronic and persistent inflammation and increased risk for cancer.

“In our lives, we have to prioritize what we are going to do next by considering all of the things happening around us. We can’t focus on just one thing at a time,” said Yaffe. “As a systems biologist, I look at how cells do the same thing. We try to understand how signaling pathways share information and how the cell reads information from many different pathways in order to respond.”

Signaling pathways represent the flow of information in a cell. These signals are transmitted as a series of molecular events, which control and coordinate the actions of cells, including how they respond to damage. Yaffe studies how proteins coordinate cell responses to damaged DNA or RNA and how communication between different pathways affects this response.

“Scientists usually like to think about one signaling pathway at a time. We try to understand what it does by studying it in isolation because it is much easier to study that way,” said Yaffe. “But the cell doesn’t see signals that way. It sees signals coming in from many different pathways at the same time, and it has to integrate all of that information to make a decision.”

In 2017, Yaffe was one of eight environmental health scientists to receive an inaugural Revolutionizing Innovative, Visionary Environmental Health Research (RIVER) Outstanding Investigator Award from NIEHS. The grant, which funds researchers rather than specific projects, provides Yaffe with flexibility to explore novel directions in his research that combines fields including biochemistry, structural and cell biology, engineering, and computational approaches.

Identifying Pathways that Lead to Inflammation and Cancer

Through his research at the Massachusetts Institute of Technology (MIT), Yaffe has identified how pathways in cells work together in signaling networks to make people more vulnerable to cancer. His discoveries have provided novel insight into cancer development and identified targets that may help prevent and treat cancer. 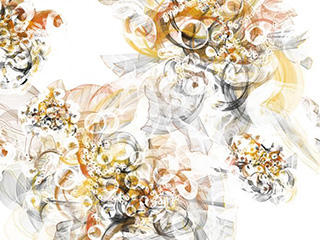 The mural in the lobby of the Koch Institute, created by C.E.B Reas and Ben Fry, represents signaling networks and it is based on work from the Yaffe lab.
(Photo courtesy of Michael Yaffe)

Yaffe and his research team showed that the p38MAPK/MAPKAP Kinase 2 (MK2) pathway, an important pathway that mediates cell stress and inflammation, is critical for cells to survive after DNA damage, if they lack the tumor suppressor p53. More recently they discovered that this pathway promotes colon tumor development by regulating immune cells called macrophages. MK2 drives the macrophages into a tumor-promoting state that enhances development of tumor-supporting blood vessels. These findings provide a pathway linking inflammation to cancer and identify a potential treatment strategy focused on blocking the MK2 pathway to prevent chronic inflammation and cancer progression.

“We found that the MK2 stress response pathway is important in controlling inflammation in response to environmental toxicants and irritants and that the crosstalk between this pathway in immune cells and damaged epithelial cells determines whether those cells give rise to cancer, how aggressive that cancer will be, and whether it will respond to certain types of chemotherapy,” Yaffe added. “This stress response pathway that cells use to respond to all kinds of different types of environmental stress seems to sit at the crossroads between inflammation and cancer and we are hopeful that our work will shed more light on this moving forward.”

In another study, Yaffe and his team developed a software program to identify different cellular networks affected by drugs or other factors, and elucidate the molecular mechanisms through which specific drug combinations work. They tested a combination of drugs that can kill cancer cells and found that the drugs were targeting the mitotic spindle, a structure that forms when chromosomes align in the center of a cell as it prepares to divide. The findings revealed that one of the drugs, which was thought to work by detoxifying environmentally damaged DNA building blocks, had a second mechanism of action that strongly enhances the effect of another drug, dramatically boosting the ability of this two drug combination to kill cancer cells effectively while sparing normal cells.

Building on Yaffe’s previous work on the DNA damage-response of tumors, he also collaborated with MIT researchers to develop a new drug-delivering nanoparticle that could offer a better way to treat a brain tumor called glioblastoma.

Yaffe also works as a trauma surgeon and is active in the Army Reserve. In 2016, the U.S. Army awarded him the Bronze Star Medal for his service as a trauma surgeon on active duty in Afghanistan. He also treated victims of the Boston Marathon bombing, stabilizing patients and providing surgical critical care in the immediate aftermath of the tragedy.

Yaffe leads the MIT Integrated Health Facilities Core (IHSFC), a part of the NIEHS-funded MIT Center for Environmental Health Sciences. Yaffe’s primary role in the IHSFC is to advise and facilitate studies that directly connect the discoveries they make at MIT into work that directly impacts human health. He works with researchers on how they can connect their work to human patients and get access to human samples.

“There is a big gap between looking at a patient and looking at cells in a dish,” said Yaffe. “NIEHS is supporting my work to help close that gap by thinking about how cell damage from drugs, toxins, the environment, and other factors affects us on the molecular level, and how that may translate to different health outcomes.”

In addition to his NIEHS-funded work, Yaffe leads the MIT Center for Precision Cancer Medicine devoted to translational research to help the subset of patients who do not respond well to traditional cancer therapies by identifying and targeting the processes, signals, and mechanisms that determine an individual patient's response to DNA-damaging chemotherapy and to drugs that block cell division.

Yaffe received his undergraduate degree in engineering, where he focused on how the atomic microstructure of materials controls their macro-molecular properties. This training has since helped him in his research on human health and disease, where events that occur at the molecular level result in changes in the tissue, organ, and whole animal level.

During his M.D.-Ph.D. training at Case Western Reserve University, he became interested in cell injury and repair and the role of inflammation in human disease. He went on to do clinical training in trauma and surgical critical care. “I think part of being able to think about how cells respond to injury is to take care of people who are injured,” said Yaffe. “When I take care of people, I often get insights that I can use to drive my research.”

His postdoctoral training at Harvard University opened his eyes to the world of cell signaling. “As a surgeon, we could do the same operation with two different patients and get very different outcomes,” Yaffe added. “This inspired me to understand how signaling pathways may be involved in these outcome differences, and how we may be able to manipulate them to improve disease treatments.”