Using Data Science to Connect the Environment to Health 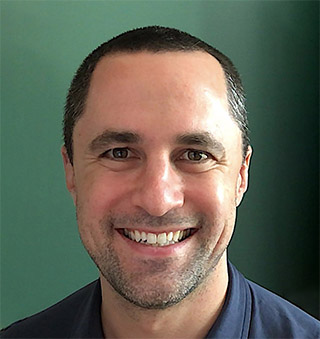 Reif joined NCSU in 2013 as part of the Chancellor's Faculty Excellence Program, which brings world-class faculty to the university.
(Photo courtesy of David Reif)

David Reif, Ph.D., is advancing what we know about the complex interactions between human health and the environment using data science. He uses a collaborative, team science approach to integrate data from diverse sources and analyze potential health effects of chemical exposures.

Reif is an associate professor in the department of biological sciences at North Carolina State University (NCSU). He is also a resident member of the NCSU Bioinformatics Research Center and leads the bioinformatics team of the NIEHS-funded NCSU Center for Human Health and the Environment.

“I use data science methods to translate results across different scientific fields,” said Reif. “Starting with large and diverse datasets, I work to figure out how we can use information to advance environmental health science.”

To do this, he develops analytical and visual methods to distill useful information from population studies of human health, high-throughput screening of environmental chemicals, and animal model data. 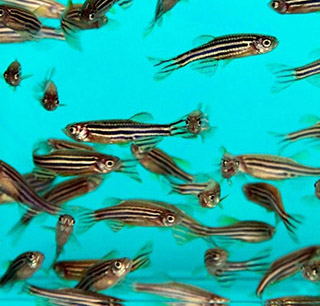 The zebrafish has been extensively studied and well described as an animal model for investigating chemical toxicity.
(Photo courtesy of Robert Tanguay)

In one NIEHS-funded collaboration, Reif and his NCSU team worked with Oregon State University researchers led by Robert Tanguay, Ph.D., to develop a new method to identify individual-level genetic variation in response to chemical exposures in animal models. The approach, which leveraged the power of genetically diverse zebrafish and bioinformatic approaches, might help identify new genetic factors that explain differences in chemical sensitivity.

To find chemicals with patterns of differential biological responses, they analyzed data from zebrafish exposed to thousands of individual chemicals. Instead of focusing on a pre-selected compound, the team analyzed results with an eye toward finding compounds that produced different responses across the zebrafish population. The screening data pointed to abamectin, a commonly used antiparasitic, as a chemical in which they did find differences across zebrafish. The team then looked at whole-genome sequences from individual zebrafish to identify genetic factors underlying the differential response to identical exposures.

According to Reif, the approach provides an efficient method of sorting through the exposome of chemicals to look for relationships between genetics and a variety of environmental exposures, rather than being limited to preselected candidate exposures.

“These are the types of projects I love to work on,” said Reif of the collaboration. “We took a huge dataset and drilled into it to find useful information. As a bioinformatician, it is really fun to interact with research teams and design experiments using data from their lab experiments.“ 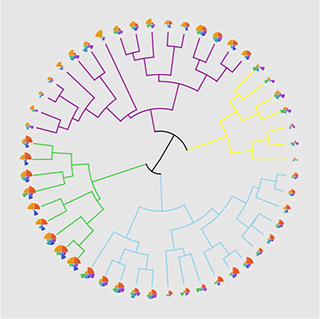 Reif is also involved in projects focused on creating visuals to help draw conclusions from large and diverse datasets.

“I draw pictures of data so it is easier to understand and interpret,” Reif said. “If I’m working with someone from a very different scientific background, we may need something to bridge that gap. By creating a visual representation to summarize a diverse dataset, we can more easily have a conversation about what we may be able to learn from it.”

As part of his NIEHS-funded research, Reif and his team developed and refined software known as Toxicological Prioritization Index, or ToxPi. The freely-available software provides ways to visualize, analyze, and report data and enables integration of multiple types of data into visual profiles.

A Shift to Environmental Research

David earned his B.S. in Biology from the College of William and Mary and his M.S. in Applied Statistics and Ph.D. in Human Genetics from Vanderbilt University.

“After completing my Ph.D., I was interested in learning new ways to address how the environment interacts with our genes,” said Reif. “I did a postdoctoral fellowship in exposure science at the U.S. Environmental Protection Agency (EPA) and became interested in computational methods to address gene-environment interactions.” He continued at EPA as a principal investigator with the National Center for Computational Toxicology, where he led several statistical and bioinformatical efforts before moving to NCSU.

“One thing I love about the environmental health field is that it is a lot easier to change someone’s environment than someone’s genes,” Reif said. “By understanding and reducing exposures that affect health, you may be able to make a meaningful difference to a lot of people.”

Reif was recognized for his innovative research in 2011 when he received a Presidential Early Career Award for Scientists and Engineers, awarded by The White House as the highest honor bestowed by the United States government on science and engineering professionals in the early stages of their independent research careers.

Reif has also been selected to serve on expert committees, including those for the National Academy of Sciences and the World Health Organization's International Agency for Research on Cancer. He serves as associate editor for the journals Environmental Health Perspectives and BioData Mining and is on the editorial board of the Journal of Exposure Science and Environmental Epidemiology.