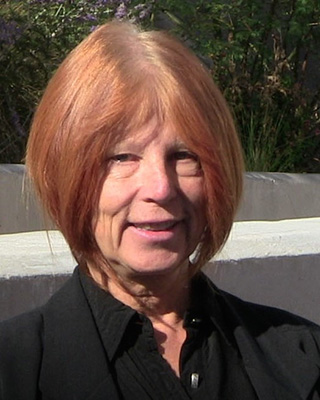 Lewis, a professor in the Community Environmental Health Program in the College of Pharmacy at UNM, is the director of two NIEHS-funded research centers focused on Native American communities living near abandoned mining sites.
(Photo courtesy of Johnnye Lewis)

Longtime NIEHS-funded researcher Johnnye Lewis, Ph.D., is passionate about understanding how toxic metals in mining waste impact Native American communities and discovering solutions to protect their health. Lewis’ diverse background in pharmacology, toxicology, and physiology, along with her long history of working with tribal communities near abandoned mining sites, inspired her to begin the Community Environmental Health Program at the University of New Mexico (UNM) in 1996.

“Native communities rely on unregulated water for drinking, agricultural use, and cultural uses more than other populations,” said Lewis. “I’m interested in understanding their unique exposures that lead to health disparities, so we can identify solutions.” She explained that health disparities arise when communities suffer from poor environmental conditions and social inequities that result in more sickness and disease relative to wealthier, less polluted communities.

Along with Melissa Gonzalez, Ph.D., Lewis leads one of five Centers of Excellence on Environmental Health Disparities Research, co-funded by the U.S. Environmental Protection Agency, the National Institute on Minority Health and Health Disparities, and NIEHS. The Center for Native Environmental Health Equity Research uses community-engaged approaches to understand unique ways tribal members may be exposed to metal mixtures from abandoned mining sites, including uranium mines. They also study how these metal mixtures, including arsenic, uranium, and lead, are impacting the health of the surrounding communities.

Lewis also directs the NIEHS-funded Metal Exposure and Toxicity Assessment on tribal Lands in the Southwest (METALS) Superfund Research Program Center. The METALS SRP Center consists of a transdisciplinary team of researchers who study factors that may impact the cleanup of metals and who develop solutions to reduce exposure to those metals. They also study how metal mixtures in mining waste harm human health at a molecular level and test intervention strategies to reduce toxicity.

Through these research centers and other NIEHS-funded projects, Lewis and her team combine studies with tribal communities and studies in cells and animal models, such as mice, to understand how exposure to harmful metal mixtures leads to disease.

“By moving our research from observations at the population level to controlled experiments in cells and animals and back out to populations, we can help explain differences observed between different tribal populations and better understand possible solutions,” said Lewis.

In mice, they study how exposure to metals alters cell function. With humans, they measure the types of metals people are exposed to and the similarities and differences in routes of exposure across populations. They found that Native Americans exposed to mining waste have an increased likelihood of developing multiple chronic diseases simultaneously, such as cardiovascular disease, diabetes, hypertension, and kidney disease.

Based on concerns raised by different tribal groups, Lewis’ team uncovered impacts on the immune system. Clinicians on the Navajo Nation approached the researchers about the possible role of metals in the higher rates of difficult-to-treat infectious disease in the community. The immune system typically makes antibody proteins to fight infections, but the team found that Navajo Nation residents had increased production of autoantibodies, which target a person’s own tissues and organs, relative to the general population. Lewis explained that these changes occurred in multiple tribal communities even though they were exposed to different combinations of metals.

Mallery Quetawki of the Zuni Pueblo is the team’s Native American Artist in Residence. She creates intricate and beautiful paintings that use tribal symbols to communicate scientific concepts. On the left, a healthy immune cell is represented by a traditional basket with community symbols of protection on the cell surface. On the right, the community symbols have broken free from the cell surface and fight with each other, depicting autoimmunity.
(Photo courtesy of Mallery Quetawki)

According to Lewis, a critical goal of her research is to go beyond understanding the problems tribal communities face from mining waste exposure to identifying real-world solutions that will protect their health.

Her team uses cutting-edge approaches to understand the different factors that control how metals move in the environment and how naturally occurring minerals, such as phosphate and carbonate, can reduce their mobility. They study how plants take up metals at the molecular level by exploring the role of calcium, pH, or microbes and how to manipulate those processes to increase or decrease uptake.

Lewis is also the lead investigator on the Navajo Birth Cohort Study (NBCS), originally funded by the Centers for Disease Control and Prevention to evaluate the potential association between uranium and heavy metal exposures and health outcomes in pregnant women and children. The original study followed children’s development only until age 1, leaving many questions unanswered.

She recently received additional funding from the National Institutes of Health Office of the Director to broaden the scope and timeframe of the study as part of the Environmental Influences on Child Health Outcomes (ECHO) Program. The ECHO grant will allow researchers to follow development of NBCS participants through age 8 and assess a wider range of environmental exposures and health outcomes.

“We use environmental science and engineering to provide health-protective solutions in two ways,” Lewis explained. “First, we want to reduce uptake of hazardous metals into plants that tribal communities use medicinally to limit their direct exposure. Second, we’re increasing metal uptake in other plants so that the metals are no longer mobile in the environment to reduce potential exposure through soil, dust, and water.”

Another important solution involves dietary interventions. Their work identified that zinc may play an important role in protecting cells from damage caused by metal exposures. The team is conducting a dietary intervention study, Thinking Zinc, to apply their findings in the lab to the real world.

Lewis emphasizes engaging communities and crafting messages to maximize the value of research. By involving tribal communities and students, Lewis and her team empower those affected by mining waste to take health-protective actions, become actively involved in research, and contribute their own perspectives on health and the environment.

“Having bidirectional communication has been so critical to tailoring our messages to be meaningful to the communities we work with,” she noted. “Through close conversations, we learned that using art and tribal symbolism was really important to sharing information in an accessible and impactful way.”

“Our work has been a very iterative learning process as we work closely with our tribal partners,” Lewis explained. “Through overcoming challenges and improving how we design our studies and communicate our results, the entire process has been incredibly rewarding.”