Advancing a Systems Approach to Medicine 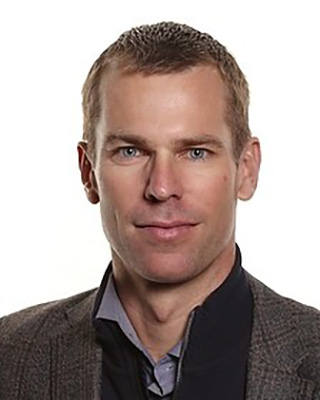 Trey Ideker, Ph.D., uses systems biology approaches to understand the many pathways underlying complex biological processes. According to Ideker, these approaches can be used to predict how certain exposures lead to disease, how diseases will progress, and what treatment options may be most successful.

Ideker’s NIEHS Program Officer, David Balshaw, Ph.D., said, “it is every Program Officer’s dream to have a long-term grantee like Trey who continues to push the frontiers of science and uncover fundamentally new insights into how environmental exposures influence biological systems.”

Systems biology aims to understand the larger picture of biological systems by understanding individual biological networks and processes and how they overlap and fit together to form the whole system. The process involves interdisciplinary teams of researchers collecting, gathering, and processing data using analytical tools, computers, and other technologies. Ultimately, the goal is to develop models that accurately describe how biological systems – individual, organ, or cell – work and react to disturbances, such as exposure to environmental pollutants.

Ideker’s dive into systems biology began under the mentorship of Leroy Hood, M.D., Ph.D., at the University of Washington. Hood created the first automated machine to sequence DNA, which paved the way for mapping human genomes in the Human Genome Project. Under Hood, Ideker showed how high-throughput technologies could be applied not only to genome mapping but to systematically map molecular pathways in the cell. In particular, his work combined networks of protein interactions and metabolic reactions with changes in RNAs and proteins measured in response to different genetic and metabolic perturbations. All of this information was combined to elucidate the structure and function of molecular pathways involved in how cells process galactose.

“The work I did in graduate school is often cited as proof of concept for what came to be known as systems biology,” Ideker said. “It looked at how you can take different measurements, like gene and protein expression, and protein networks, and combine them to create models of biological systems whose predictions can be tested.”

Since nearly the beginning of his career, Ideker has had NIEHS funding to apply his systems biology background to map and model the underlying genetic pathways that occur when cells respond to DNA damage. Ideker has leveraged the successes of his NIEHS-funded research to expand his pathway mapping efforts.

In addition to his work on DNA damage response, Ideker co-leads three projects funded by different NIH institutes, the Psychiatric Cell Map Initiative (PCMI), the Cancer Cell Map Initiative (CCMI), and the National Resource for Network Biology (NRNB). These projects seek to understand biological systems and explain the pathways that lead to different diseases. For example, in CCMI he is combining individual models of DNA repair and cancer pathways into a comprehensive map of cancer biology. These maps shed light on disease pathways, from neurodegenerative disorders to cancer, to help researchers understand why these conditions occur and how to treat them.

Through development of pathway models, Ideker makes use of machine learning, a complex, multistep process where machines make inferences from data and identify patterns without explicit programming by humans. Just as humans can’t possibly learn everything there is to know about genes and diseases in one night, neither can a computer. Ideker and his team begin by feeding a computer model information about cell and tissue biology. They use artificial intelligence to train the computer model on data about cell responses to various experimental conditions and exposures so that the model can better predict potential outcomes in different scenarios.

Then, they train the model to predict how cells might interact in the body in response to treatment. This is helped by a technique called patient derived xenographs (PDX), where a human tumor is implanted into mouse models to study the patient’s cancer and its responsiveness to different treatments. Data from PDX research is input into the computer model to further refine the machine’s ability to predict which treatment option is best. Once the machine shows good prediction, it is then tested in humans in the clinic.

“Knowing these underlying pathways is critical, because they can provide important information about the progression of a disease and point to the best treatment options for that individual moving forward,” Ideker said.

For example, his team explores the genetic and molecular frameworks that promote cancer, and how knowledge of these networks can be used to relate genetic information to disease outcomes using artificial intelligence.

“There has been exciting work coming out of my lab in the past few years, including developing machine learning models that predict better treatments for disease,” said Ideker.

Ideker’s models contribute to the emerging field of precision medicine. Precision medicine takes individual variability in genes, environment, and lifestyle for each person into account to inform disease treatment and prevention strategies.

Through machine learning and artificial intelligence, we might be able to diagnose patients with better accuracy, according to Ideker.