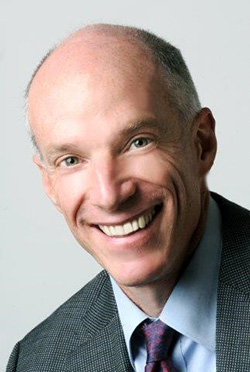 “There is a lot of hard work that goes into making sure that when someone turns on the faucet, water comes out and that the water is safe to drink,” explained Sedlak.

Since 2006, Sedlak has led the Oxidative Remediation of Superfund Contaminants project for the UC Berkeley Superfund Research Program (SRP) Center. Sedlak and his team study different mechanisms for removing pollutants, such as per- and polyfluoroalkyl substances (PFAS), which are known for being resistant to many remediation methods, from drinking water supplies.

One of the remediation processes Sedlak studies is called in situ chemical oxidation (ISCO). During ISCO, an oxidant, which is a substance that receives electrons from other molecules, is injected directly into the groundwater. The oxidant then reacts with minerals in the groundwater to produce short-lived reactive radicals that can break down contaminants. Historically, hydrogen peroxide was used as the oxidant in ISCO, but Sedlak and his colleagues discovered it was not very efficient at producing the hydroxyl radicals that are essential to breaking down contaminants.

With this finding, the research team began looking for more efficient oxidant alternatives. They found that persulfate, another chemical compound, is much more efficient and has the ability to oxidize some compounds that do not degrade when hydrogen peroxide is used. In particular, Sedlak and his colleagues have found that persulfate can degrade some of the most toxic PFAS compounds.

While on sabbatical in at the University of Queensland in Australia, Sedlak worked with a group using electrochemistry to oxidize organic chemicals in water. Upon his return to the U.S., one of his Superfund research trainees and a visiting postdoctoral researcher developed an electrochemical system that could be used to remediate groundwater. The electrochemical devices that they developed, which are about the size of a microwave oven, can treat all of the water consumed by a family of four with power provided by a small solar panel or an electric outlet. 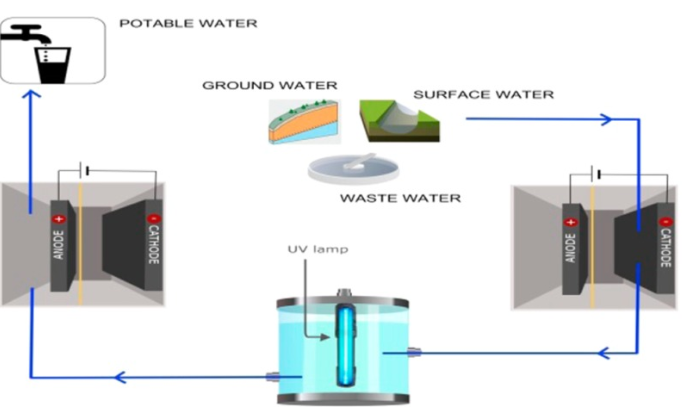 Sedlak found that this approach was both cheap and easy to transport to remote locations, such as groundwater wells for rural communities. Additionally, one of Sedlak’s graduate students, James Barazesh, Ph.D., used the device to remove arsenic and lead from groundwater in a small community in California’s Central Valley, where access to clean drinking water is a major problem.

Sedlak also investigates methods to recycle wastewater and stormwater into water that is safe to drink, reducing the burden of urban water consumption on traditional sources. His research has shown that the UV-hydrogen peroxide remediation process plays an important role in breaking down compounds in drinking water derived from wastewater that may cause it to taste or smell bad. Increasing the appeal of recycled water by removing unpleasant tastes or smells is important for gaining support for this non-traditional drinking water source.

To draw attention to the issue of urban water quality and supply, Sedlak published a novel in 2014 called Water 4.0. In the novel, he presents a 2,500-year timeline of urban water management systems, starting with the Roman aqueducts, and highlights how factors such as population growth and the increasing occurrence of droughts have put stress on current water drinking supplies. Sedlak proposes urban water reuse as a strategy to lessen the burden and prolong the life of drinking water.

Sedlak also serves as the deputy director of a research group called Re-inventing the Nation’s Urban Water Infrastructure (ReNUWIt), which aims to reduce water and energy consumption in the urban U.S. ReNUWIt is a collaborative research initiative with Stanford University, Colorado School of Mines, and New Mexico State University. Together with Sonoma County Utilities, ReNUWIt director Richard Luthy, Ph.D. and Sedlak recently published a report on a pilot-ready stormwater treatment system that can be used to recycle water in cities that receive minimal rainfall.

As a veteran of water research, Sedlak has found himself serving as a voice of water quality and water supply issues. Recently, he participated in the 2018 Water Research Foundation Conference as a keynote speaker, where he discussed potable water reuse strategies and implementation. “At this point in my career, I want take the tools my research has given me to inform polices that protect our water supply for years to come,” said Sedlak.