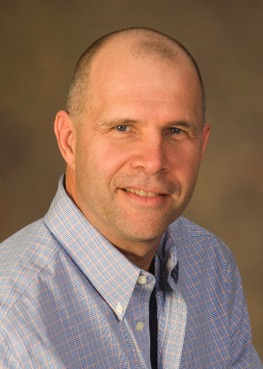 Walt Klimecki, D.V.M., Ph.D., is using his expertise in genetics and toxicology to study how arsenic exposure causes disease. His work as part of the NIEHS-funded Southwest Environmental Health Sciences Center and Superfund Research Program at the University of Arizona has revealed new information about how inherited genetic and other person-to-person differences can affect the way the body processes arsenic, which in turn influences the likelihood of a person developing a disease because of arsenic exposure.

Arsenic is a naturally occurring element that can leach into groundwater. Drinking water contaminated with arsenic is a problem around the world, including the United States. When arsenic enters the body, the process of metabolism changes it into other chemical forms, including mono-methyl arsenic (MMA) or di-methyl arsenic (DMA), both of which can be measured in urine samples.

While the most important human risk factor in arsenic-associated disease is the magnitude and duration of arsenic exposure, people who experience similar exposure levels over the same time period show a great deal of variability in the amounts of MMA or DMA measured in their urine. Studies have indicated that people with higher percentages of MMA, and thus lower amounts of DMA, measured in their urine are more at risk of developing an arsenic-associated disease, including cardiovascular disease and cancer.

Klimecki and his colleagues set out to learn more about the factors associated with variable arsenic metabolism by studying an arsenic-exposed population in Northwest Mexico. “One of the things that we found is intuitive,” he explained. “When we examined the gene responsible for arsenic metabolism – called AS3MT – we found that the particular version of AS3MT a person inherits is closely tied with how much MMA they produce in their urine.”

“In research, replication of a finding drives the robustness of that finding,” said Klimecki, who also serves as interim head of the Department of Pharmacology and Toxicology at the University of Arizona. “The Southwest Environmental Health Sciences Center gave us access to other center collaborators also conducting studies where urine was collected in arsenic-exposed populations, letting us ask a similar type of question in independent groups of people.”

The Center’s Integrative Health Sciences Facility Core also brought together the necessary expertise for analyzing the initial population and for adding studies of two groups of arsenic-exposed people in southern Arizona. Combining these groups into one pooled population for analysis required understanding potential pitfalls that can arise when combining data from studies conducted at different times. Because one of these “replication” groups consisted of women, the pooled study focused on females. 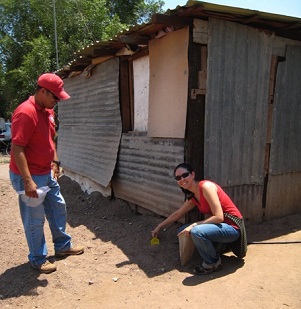 Klimecki cautions that the protective effects of increased BMI in terms of arsenic exposure might not outweigh known negative health effects associated with a high BMI, so this finding does not lend itself to a straightforward intervention. “However, in arsenic-exposed populations that are also undernourished, it is one more reason that one of the goals ought to be better nutritional support for those populations,” he said. Klimecki and his colleagues continue to analyze various facets of the data from the pooled studies.

Klimecki also is conducting laboratory studies to understand better how arsenic affects biological processes. Using cultured cells, his team is studying the ability of arsenic to switch the process a cell uses for energy metabolism from one that uses oxygen to glycolysis, which does not use oxygen. This shift happens even when abundant oxygen is present and is similar to a metabolism shift that occurs when a cell is becoming cancerous. Several human cancer types capitalize on this shift because of the benefits of glycolysis to cancerous cells undergoing uncontrolled growth.

“Since arsenic exposure is linked with the development of several types of cancer, we’re really interested in whether this metabolism shift contributes to making cancer development more likely,” said Klimecki. “We want these types of studies to loop back and inform the types of things we might examine in our next human study.”