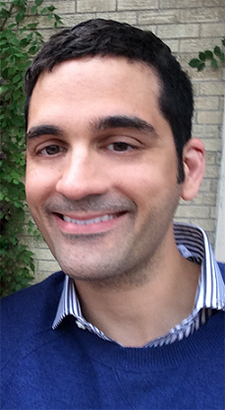 Patti’s lab is developing new technologies to improve metabolomics and facilitate its application to human health.

NIEHS grantee Gary Patti, Ph.D., is developing a new technology that could make it much easier and faster to acquire and interpret metabolomics data. Metabolomics — the analysis of metabolites found in the body — can reveal patterns of metabolic changes linked with environmental disorders or diseases.

“Many scientists are interested in performing metabolomics experiments but don’t have the time or expertise needed to do so,” says Patti, associate professor at Washington University in St. Louis. “We’re trying to make it so scientists with less experience can acquire and interpret metabolomics data.”

For environmental health science, metabolomics can help reveal how environmental exposures change biomolecules and biological pathways in ways that lead to adverse health effects. It can also identify biological markers that physicians could use to detect previous exposures that might increase a person’s future risk of disease.

An approach known as untargeted metabolomics uses a mass spectrometer in an attempt to detect all metabolites — known and unknown — in a biological sample. For each sample, the mass spectrometer produces tens of thousands of pieces of data, or mass spectral signals, which must be translated into chemical structures and metabolic pathways. Patti recalls that it took him several months to identify just one metabolite the first time he conducted this type of analysis as a postdoctoral fellow nearly a decade ago. Although advances in technology have helped automate translation of signals into structures, it is still not an easy task.

“Our goal is to facilitate the translation of signals into actual metabolites, and then once a metabolite is identified, place it in the context of its biochemistry,” Patti says.

As Patti and his research team worked to develop algorithms and software that would automate metabolite identification, they discovered that many mass spectrometry signals were actually contaminants introduced during the sample handling or analysis.

“We were finding that a lot of signals didn’t actually arise from the biological system,” Patti says. “One of the major challenges became removing all of the signals that weren’t real.”

To filter artifacts from untargeted analyses, the researchers developed an approach that tags only biological metabolites with stable isotopes. Using these stable isotopes comes with another advantage: when the tagged molecule is transformed in a biological system, all of the molecules produced from it are similarly tagged.

“Using stable isotopes led us down a new route that I wasn’t expecting to go,” explained Patti. “Not only can we take signals and make identifications, but we can also gain information on how molecules are connected to each other in a molecular pathway. We can track the isotopes and see how they change over time to sort out what molecules are being transformed into other molecules. This will help take our understanding of metabolism to the next level.” A major challenge in metabolomics is processing the large amounts of data generated. To facilitate metabolomic analysis, the Patti lab has developed software called Warpgroup for increasing data precision.

With metabolomics, researchers can routinely detect previously unknown metabolites. Now, by using this approach to track molecular transformations, they will be able to map these newly identified metabolites onto biochemical pathways.

The researchers have developed software called Warpgroup to process metabolomics data. They are also working to construct databases that would distinguish artifactual signals from those of real metabolites of biological origin. Storing this information in an accessible online format will allow both experts and non-experts to decipher more easily artifacts in complex metabolomic datasets.

The user-friendly metabolomics technology being developed in Patti’s lab will not only make it much easier to conduct environmental health science metabolomics studies, but it will also be very useful for studying biological processes or disease.

“What we know about metabolism is amazingly incomplete,” says Patti. “People are really excited about metabolomics. Whether it is in environmental health, cancer, aging, or stem cell biology, there is a strong interest in trying to understand biology by using metabolites.”

Patti’s work is funded through the NIH Common Fund Metabolomics Program’s Technology Development component, which has the goal of addressing current limitations in metabolomics technologies so they can be adapted easily by other laboratories.