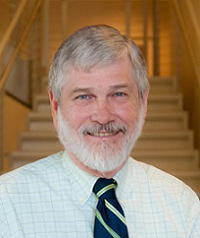 J. Glenn Morris, Jr., M.D., and his collaborators have spent the last four years assessing the Deepwater Horizon oil spill’s effects on the Gulf coastline of Florida and Alabama. These regions sustained varying levels of coastal oil influx, ranging from heavy to little or no oil.

Prior to UF, Morris chaired the Department of Epidemiology and Preventive Medicine at the University of Maryland, where he helped establish a team of scientists who studied natural marine toxins in coastal fishing communities. Morris continues this research in Florida as professor of Medicine and director of the Emerging Pathogen Institute.

“Because our team had conducted a lot of work within coastal communities, when the Deepwater Horizon oil spill occurred in 2010, we already had people in place that could evaluate concerns relating to exposure to toxins associated with the oil spill,” Morris said.

However, as the researchers worked in the communities, it became increasingly clear that the major impact was not from exposure to oil-related contaminants but was instead psychological issues associated with the severe economic instability brought on by the spill. In the coastal communities studied, 40 percent of residents exhibited clinically significant depression and anxiety — four times the percentage observed prior to the spill.

“There needs to be a recognition that with a technological disaster — particularly something like an oil spill where there is a high degree of uncertainty about what’s going to happen and what the final outcome is going to be — affected communities are under phenomenal stress,” explained Morris.

Even in communities where the oil did not come ashore, tourism disappeared and all of the fishing areas were closed. These communities experienced substantial disruption and psychological impact even though oil was not seen on their beaches. “The environmental disaster went well beyond the bounds of where the actual oil was,” said Morris. “People were impacted because of loss of livelihood, anxiety, and the widespread publicity that accompanied the spill.”

Consortia scientists have concluded that Gulf seafood is safe from oil spill-related contamination. However, effects of the oil spill disaster on coastal communities have been long lasting. Five years after the spill, 20 percent of residents participating in the study continue to have clinically significant anxiety or depression — double the percentage observed prior to the disaster. “Understanding that there is going to be a long-term effect enables the responders, both government and private organizations, to know that continuing support across a more extended period of time is essential,” Morris said.

The researchers also are working to understand factors involved in resilience. For the community organizations partnering with consortia researchers, understanding who is at the greatest risk for not bouncing back after a disaster can allow them to bring services quickly to these communities or individuals, if a similar disaster occurs in the future.

“We work very closely with the various community organizations and with our community advisory board,” said Morris. “We can do the analysis and the science necessary to identify what the problems are, but it is important that we make sure that community organizations understand our findings, to assure that appropriate services are being actively provided as part of the response after a disaster.”

The UF Deepwater Horizon Research Consortium brought together scientists from multiple disciplines. Morris provided the epidemiology expertise, while Lynn Grattan, Ph.D., and members of her group at the University of Maryland provided expertise in clinical psychology and personal resilience. Brian Mayer, Ph.D., from the UF Department of Sociology (now at the University of Arizona) provided expertise in community resilience. UF’s Andrew Kane, Ph.D., contributed his skills as an aquatic toxicologist and pathologist to discern potential hazards tied to consuming seafood from Gulf coastal areas. Community outreach and education efforts were led by Tracy Irani, Ph.D., and her group in collaboration with SeaGrant and Florida Extension.