Patrick Ryan, Ph.D., is examining the impact of traffic-related pollutants on asthma in inner-city schools through a community-based research project called the Cincinnati Anti-Idling Campaign study. The study involves University of Cincinnati researchers partnering with the Cincinnati Health Department and the Cincinnati Public Schools to develop and implement an anti-idling campaign aimed at reducing children's exposure to traffic-related air pollution while traveling to and attending school.

The project is funded through the NIEHS Partnerships for Environmental Public Health (PEPH) Research to Action program, which partners with the National Institute for Occupational Safety and Health to bring together community members and environmental and occupational health researchers to investigate potential health risks of exposures that are of concern to the community.

The school system is very interested in the relationship between indoor air quality and academic performance. Patrick Ryan, Ph.D

Particulate matter can exacerbate asthma in school-age children, and campaigns have been implemented to discourage vehicles from idling around schools. However, there isn’t a great deal of scientific evidence regarding the levels of particulate matter present during idling or the health benefits of anti-idling campaigns, says Ryan, who recently moved from the University of Cincinnati to Cincinnati Children's Hospital Medical Center.

The researchers recruited children with asthma who attended four Cincinnati schools and then performed a health assessment as well as air sampling at the school and in the child’s community before and after the anti-idling campaign. The project also included evaluating the effectiveness of the research partnership. 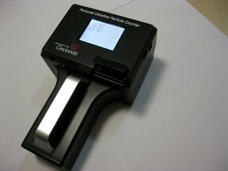 “It is important that as researchers we remember that we are not performing research on a community,” Ryan says. “The community needs to know the results of the study and understand the implications.” To help make sure they understand the results Ryan is working with a doctoral nursing student who is examining the best ways to communicate lung function results from this study with caregivers.

“This partnership has laid a foundation for future projects,” he says. “It gives the public schools and health department a way to tie in with academic researchers. For example, the school system is very interested in the relationship between indoor air quality and academic performance.”

The project led to another NIEHS-funded study that will field test new personal sensors with students with asthma who participated in the Cincinnati Anti-Idling Campaign study. Sang Young Son, Ph.D, from the University of Cincinnati, developed these sensors, which can be worn by a child to provide personal information on pollution exposure. Son and Ryan co-lead the study, which will provide information that can help make the sensor useful for widespread application in epidemiologic studies.