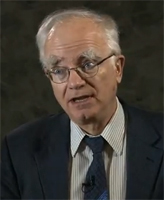 NIEHS grantee Philippe Grandjean, M.D., published one of the first studies to link childhood exposure to perfluorinated compounds (PFCs) with immune system deficiency. The study showed that higher levels of exposure to PFCs were associated with reduced immune responses in children, and the results point to the importance of assessing the immunotoxic potential of PFCs. In addition, the immunotoxic effects of PFCs or other environmental contaminants might address variation in vaccine efficacy that have puzzled scientists.

We have a record of doing something that is useful to the community and also useful to science. Philippe Grandjean, M.D.

As described in a JAMA paper, Grandjean and his colleagues studied the immunotoxic effects of PFCs by following about 600 children from the Faroese Islands. The people of these islands are exposed to a wide variety of contaminants because they frequently consume food from the ocean.

“We’ve worked with this community for 25 years and have been very successful in conducting population studies,” says Grandjean, an adjunct professor of environmental science at the Harvard School of Public Health in Boston. “We have a record of doing something that is useful to the community and also useful to science.”

Grandjean and his colleagues have studied the health effects of marine contaminants, including methylmercury and polychlorinated biphenyls (PCBs), in the people of the Faroe Islands since the 1980s. The Faroe Islands are located about halfway between Scotland and Iceland.

The investigators assessed prenatal exposure by measuring PFCs in the mother’s serum during pregnancy and later checked for the compounds in samples from the children at age 5. They used the antibody response to childhood immunizations as an indication of how well a child’s immune system was functioning, taking measurements of antibody concentration just before the last booster shot at age 5 and again two years later.

The children with elevated exposure to PFCs showed lower antibody responses to childhood immunizations. “When the PFC exposure doubled, the child lost about half of the antibody concentration, and the risk of not being protected, even after four vaccinations, increased by a factor of two to four at age 7,” says Grandjean, who is also head of environmental medicine research at the University of Southern Denmark in Odense.

The researchers will continue to examine immune system dysfunction associated with PFC exposure, including responses to infectious disease. There are problems with vaccine efficiency around the world, and Grandjean says that immunotoxicity needs to be examined to ensure vaccinations are effective both on individual and population levels.