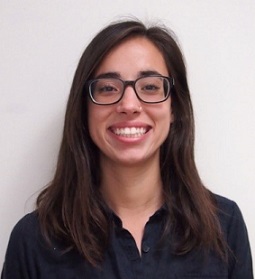 Anne Nigra is a graduate student at the Columbia University Superfund Research Program (SRP) Center under the guidance of Ana Navas-Acien, M.D., Ph.D. Her dissertation work focuses on drinking water arsenic exposure in the U.S. population. She is analyzing spatial patterns and temporal trends in exposure, identifying subgroups that remain susceptible to higher exposure levels, and evaluating the association with cardiovascular and all-cause mortality.

Her research interests are in the epidemiology and exposure assessment of toxic metals, national regulatory policies, and community-directed research. She is also working with community-based collaborators in the Midwest to design a pilot study to characterize mercury exposure in tribal communities using both biomonitoring and environmental monitoring.

Nigra was the lead author on a recent article on the effect of the U.S. Environmental Protection Agency (EPA) maximum contaminant level on arsenic exposure in the USA from 2003 to 2014. Nigra and her colleagues found that exposure to arsenic in drinking water was significantly reduced among Americans using public water systems following the establishment of the EPA regulation on maximum levels of arsenic in 2006. Compliance with the regulation led to a 17 percent decline in levels of urinary arsenic and an estimated reduction of more than 200 cases of lung and bladder cancer every year.

Nigra recently received a travel award from the SRP to attend the Southeast Asia Regional Conference on Groundwater Arsenic, which will be held in Hanoi, Vietnam this November.

In her spare time, you will often find her running in one of New York City's many parks with her dog, who is an excellent motivator and training partner. She also enjoys camping and attempting annual endurance hikes with her dad to benefit conservancy programs near her hometown in Pittsburgh.