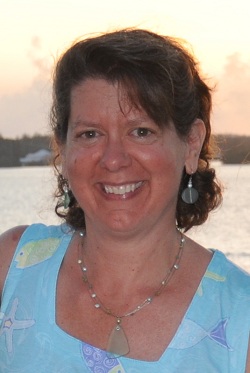 Dartmouth College's Research Translation Core (RTC), sponsored by a Superfund Research Program (SRP) grant from NIEHS, produced a film that is motivating homeowners in New Hampshire, Maine, and other parts of New England to test their private wells for arsenic contamination. Titled "In Small Doses: Arsenic," the short film draws attention to the levels of naturally occurring arsenic in the area that are well above the EPA standard for public drinking water of 10 parts per billion, and is an effective way to spread the message to a large audience.

Laurie Rardin, Research Translation Coordinator for the RTC, has shown the film at conferences and annual meetings for well water experts, groundwater stakeholders, and state health officials. She is pleased with the amount of publicity it has received.

"There has been trickle-down coverage ever since the premiere, and the momentum is growing," said Rardin. "Several towns in New Hampshire are considering passing local ordinances requiring private well testing for arsenic, and many are showing the film on their local cable TV stations."

The RTC held a screening of the film at the NIEHS 2009 SRP Annual Meeting in New York City and at an independent theatre in Concord, N.H. The film also appears on Dartmouth's website and YouTube. "What began as an idea to translate our research on the effects of low dose arsenic on the immune system became, through collaboration with our stakeholders (U.S. EPA, USGS, NH DES, NH DHHS), a highly successful translation product with a specific message benefiting the private well community," says Rardin. "We are addressing a specific community need, along with highlighting SRP research."

The RTC, headed by Celia Chen, Ph.D., is part of the Dartmouth Toxic Metals Research Program and is responsible for informing and creating responsive dialogue between federal and state environmental agencies, scientific colleagues, interest groups, and the public. The film serves an important function since many well owners are not aware of the need to test for arsenic because it's odorless, tasteless, and not commonly thought of as a drinking water contaminant. According to Rardin, approximately 40 percent of the residents of New Hampshire use private wells as their source for household drinking water, but federal law does not require private well water testing. 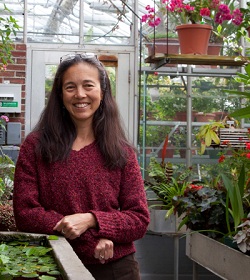 As is highlighted in the movie, Shari and Steve deYoung of Bow, N.H., requested a test kit from the New Hampshire State Lab, sent in their water sample, and paid the $15 to have their water tested for arsenic only. Once they received the results from the lab, they learned that their well water contained arsenic levels that were higher than the accepted numbers considered safe for long-term exposure. After doing a considerable amount of research based on other elements in their water (iron, etc.), the number of people in their household, and the type of arsenic they had in their water, they resolved the problem by installing a simple, under-the-sink unit to remove the pollutant from their drinking water.

Drinking water testing kits are available through state environmental agencies or health departments in all New England states or from private water testing labs. Once the results are in hand, homeowners may take action. The film reinforced this message with an impressive line of experts including Jane Downing, Chief of the Environmental Protection Agency's New England Drinking Water Branch; Bernie Lucey, retired Senior Engineer of the New Hampshire Department of Environmental Services; Joe Ayotte from the United States Geological Survey, and scientific experts from Dartmouth.

"If you choose to use a video format for research translation, it is important that you have a specific message for a specific audience and that you are giving viewers something to do to address the situation," Rardin urged. "Conveying the message that private well owners need to protect their health by testing their water for arsenic, gave us the perfect opportunity to jump into the movie-making business."

Since the release of the film, the Dartmouth RTC has made strides in helping to increase awareness about arsenic in drinking water. The film has been added to the Teacher's Domain website of the Public Television affiliate WBGH in Boston. The Teachers' Domain is a free online educational resource center featuring thousands of media assets, support materials, and tools for classroom lessons.

In addition, the film has sparked the reconvening of The Northeast Regional Arsenic Consortium, which the Dartmouth SRP helped found in 2001. They are currently working on building an agenda to address the issues of arsenic in well water and food. They are also working on a dedicated website for the group.