A unique therapy for preventing or reducing harmful cardiac scar tissue, a common development in people following a heart attack, may result from a new finding by NIEHS-supported researchers at the University of California, Davis (UC Davis). Their study of laboratory mice shows that blocking soluble epoxide hydrolase (sEH), an enzyme that promotes inflammation, can prevent cardiac fibrosis, a scarring tissue damage that often leads to heart failure. 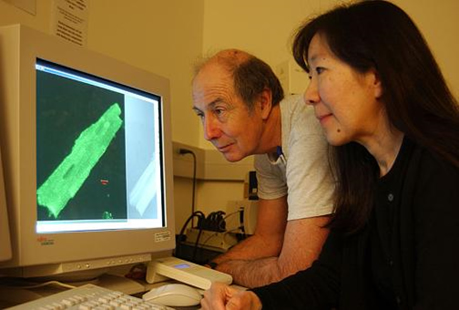 A combined 11-scientist team determined that treatment with a potent sEH inhibitor results in significant improvement in cardiac function. They also determined the molecular mechanisms underlying this beneficial effect after a heart attack. The scientists were led by Bruce Hammock, Ph.D., who directs the UC Davis Superfund Research Program, and Nipavan Chiamvimonvat, M.D., a professor of cardiovascular medicine at UC Davis.

"Cardiac fibrosis is a common final pathway for many cardiac diseases and heart failure that has been difficult to treat in the clinic,” said Javier E. López , M.D., a cardiovascular medicine professor at UC Davis and part of the research team. “This study shines some light on to this pathway and offers perhaps a new therapeutic target that may expand available treatments for these patients in the future."