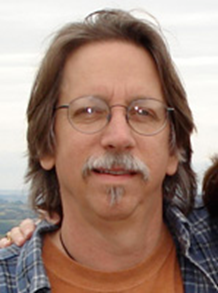 Environmental toxicologist Michael (Mike) Denison, Ph.D., of the University of California (UC), Davis, who was internationally known for his fundamental research on persistent organic pollutants and for developing a widely used test for detecting toxic substances in samples, died March 22 of brain cancer. A longtime grantee of the NIEHS Superfund Research Program (SRP), Denison served as a project leader for more than 25 years.

"His tenure with the UC Davis SRP Center is a testament to how dedicated Mike was to improving human health," said William Suk, Ph.D., director of SRP. "His scientific insights have made an indelible mark on the research community."

Much of Denison's work focused on a cellular protein called the aryl hydrocarbon receptor, or AhR, known for mediating the body’s response to the highly toxic chemical dioxin and related compounds. Early in his career, Denison published an NIEHS-funded paper that memorably described the protein’s "sloppy" nature — that is, its seemingly indiscriminate ability to bind a variety of chemicals, synthetic and naturally occurring alike.

He continued studying AhR until his retirement in 2018, unraveling myriad ways that different molecules bind to the protein, which is now a target for therapeutic drugs.

"In 1997, SRP's debut Research Brief covered the work," said Heather Henry, Ph.D., NIEHS program administrator who collaborates closely with the UC Davis SRP Center. "It was a pleasure and an honor to interact with him and see his research evolve."

The test, known as CALUX — for chemical-activated luciferase expression — employs a protein from fireflies that fluoresces in the presence of contaminants of interest. The greater the chemical concentration, the more intense the glow. Various iterations of the test now exist for detecting an array of compounds.

"Mike made important discoveries to better protect human health from exposure to persistent organic pollutants and was an impressive leader, innovator, scientist, teacher, mentor, and advocate who positively impacted the lives of his many students and colleagues," said UC Davis SRP Center Director Bruce Hammock, in a news release.

Often recognizable by vibrantly patterned shirts and colorful shoes, Denison had a keen sense of humor and was perennially curious about the world.

"He loved to solve problems and figure out how things worked," said Grace Bedoian, Denison’s wife and a former UC Davis SRP Center administrator, in the news release. "He was generous with his friends and colleagues alike and always quick to offer his services to those in need."