DNA damage is known to drive mutations and cell toxicity, both of which promote cancer and aging.
(Photo courtesy of the MIT SRP Center)

Researchers at the Massachusetts Institute of Technology (MIT) NIEHS Superfund Research Program (SRP) Center uncovered a mechanism that may explain how N-Nitrosodimethylamine (NDMA) can lead to DNA damage and cancer in mice.

NDMA can contaminate drinking water from ineffective containment of chemical waste and is also produced as an unintended byproduct of certain wastewater treatment processes. NDMA can lead to DNA damage, such as structural changes or mutations, which can be repaired by the enzyme Alkyladenine DNA glycosylase (AAG).

The team, led by former MIT SRP trainee and 2020 Wetterhahn Award winner Jennifer Kay, Ph.D., discovered that mice with low levels of AAG had more DNA mutations and cancer when exposed to NDMA. However, in mice with high levels of AAG, NDMA exposure led to tissue damage and cell death in the liver.

The authors explained that both reduced and elevated levels of AAG had a significant impact on whether cells can survive DNA damage, and that AAG levels may tip the balance between susceptibility to cancer and tissue damage. They added that AAG levels may be a useful biological marker for susceptibility to NDMA-induced cancer and may inform precision medicine to treat cancer, but additional studies are needed to understand this mechanism. 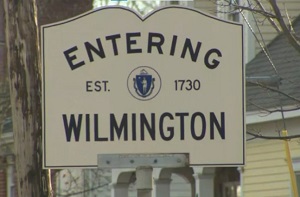 The basic science from the MIT study sheds light on the mechanisms that may underpin the Massachusetts DPH findings.
(Photo courtesy of the MIT SRP Center)

In a report, released a few days after the MIT study was published, the Massachusetts Department of Public Health (DPH) found an association between NDMA exposure during pregnancy and development of childhood cancer. This report is an outcome of an investigation launched in the 1990s after a cluster of 22 children from Wilmington, Massachusetts, were diagnosed with cancer.

Wilmington is home to the Olin Chemical Superfund Site, which has over 20 million gallons of waste contaminated with NDMA that spreads underground and contaminates the public water supply of nearby communities. In 2017, in response to community concerns, the MIT SRP Center was founded with a focus on finding public health solutions to the problem of NDMA exposure.

The team, led by MIT SRP Center Director Bevin Engelward, Ph.D., and Community Engagement Core leader Kathleen Vandiver, Ph.D., is working closely with Wilmington residents to understand their needs and to translate their research findings into ways that will improve public health. For example, they are compiling a collection of videos that document the community’s experience and the urgency to address NDMA contamination.

The MIT study and the Massachusetts DPH report were also featured in a recent NIEHS Environmental Factor article.