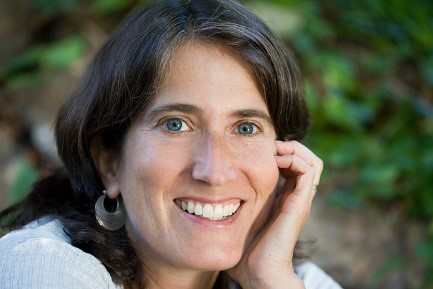 Rachel Morello-Frosh, Ph.D., conducts research to understand how social factors, such as inequality and psychological stress, interact with environmental chemical exposures to influence disparities in the health status of different groups.

Morello-Frosch is exploring the extent to which racial segregation influences air pollution exposure and increases the burden of disease in urban areas. She noted that in segregated cities that experience bad air quality, minority populations bear a disproportionate burden of diseases associated with air pollution. For example, she observed that neighborhoods with a higher percentage of communities of color have higher rates of hospital visits for asthma, which is potentially worsened by air pollution.

According to Morello-Frosch, environmental exposures and social stressors, such as psychological stress, income, and neighborhood crime rate, during pregnancy can lead to disproportionate and adverse birth outcomes and neurodevelopmental deficits. As lead investigator of the Chemicals in Our Bodies study, she is exploring these interactions in a San Francisco-based pregnancy cohort. Importantly, Morello-Frosch’s research also characterizes biomarkers of effect, including telomere length and thyroid hormone disruption, to understand the mechanistic pathways linking exposures to birth outcomes. She says this information is critical to inform the development of tools to monitor and prevent potential adverse health effects.

Research studies have historically looked at one social stressor at a time, but Morello-Frosch and her team are applying a mixtures method to understand the cumulative impact of multiple social stressors and toxic exposures. She noted that this a novel field and developing scientific tools to understand these pathways and mechanisms of effect will take time.

To respond to community partners’ urgent requests to address the cumulative impact of environmental inequalities, the UC Berkeley SRP Center Community Engagement Core, led by Morello-Frosch, is developing mapping tools that integrate place-level measures of environmental and social stressors. This includes California’s Drinking Water Tool, developed in partnership with a community-based organization, and the Environmental Justice Screening Method to identify areas that are disproportionately affected by a mixture of chemical pollutants and social stressors. Morello-Frosch noted that these mapping tools help community members understand potential health concerns of exposure and guide community interventions to address these inequalities.
Back
to Top