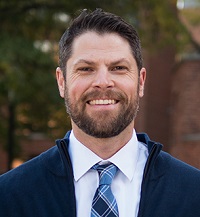 Meeker led both studies to better understand the role of the environment in poor birth outcomes in Puerto Rico.

Two new studies from Northeastern University's Superfund Research Program (SRP) Center, Puerto Rico Testsite for Exploring Contamination Threats (PROTECT), found links between poor birth outcomes and exposure to environmental chemicals, including metals and flame retardants. Led by John Meeker, Sc.D., and funded by NIEHS, both studies leverage the Center's PROTECT birth cohort to explore the environmental factors that contribute to preterm birth in Puerto Rico, which has one of the highest preterm birth rates in the world.

In the first study, PROTECT researchers found that higher maternal blood levels of lead, zinc, and manganese were associated with shorter gestational age and higher odds of preterm birth. Higher blood mercury was also associated with preterm birth, but only in late pregnancy, which may reflect a window of time when pregnant women are more vulnerable to mercury exposure.

Using blood samples from 812 women in Puerto Rico at three points during pregnancy, the researchers measured exposure to toxic metals, such as lead, as well as essential metals like manganese and zinc, which play an important role in the body but can be toxic at high levels.

According to the authors, women in the study had blood lead levels below the level of concern set by the Centers for Disease Control and Prevention for pregnant women, suggesting that even at low levels, prenatal lead exposure may be associated with poor birth outcomes.

"Our findings suggest that low level prenatal lead exposure, as well as elevated manganese and zinc exposure, may adversely affect birth outcomes," the authors wrote. "These findings provide further support for the need to reduce lead exposure as much as possible among pregnant women."

In the second study, researchers found an association between exposure to flame retardant chemicals called organophosphate esters (OPEs) and oxidative stress in pregnant women. OPEs are not bound tightly in consumer products, allowing them to escape into the environment which has led to widespread exposure.

Exposure to OPEs has been associated with adverse reproductive and birth outcomes. By examining the relationship between OPEs and oxidative stress, a potential mechanism linking chemical exposures and adverse pregnancy outcomes such as preterm birth, the study may provide insight into the pathways by which these chemicals affect maternal and fetal health.