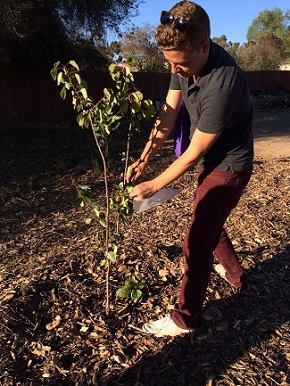 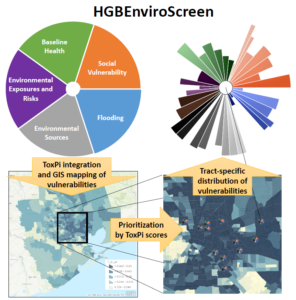 A new online tool combines environmental and health data to identify communities vulnerable to negative effects of environmental exposures and other stressors in the Houston region. The tool, developed by the Texas A&M Superfund Research Program Center in close partnership with the Environmental Defense Fund, helps communities understand how environmental factors like flooding and air pollution can affect their health.

While many local, state, and federal agencies collect data to identify and understand the factors influencing community health, the public has limited ability to access these data and may lack the technical expertise to interpret the complex information. Led by Weihsueh Chiu, Ph.D., the project focuses on the Houston-Galveston-Brazoria (HGB) region, where intensive industrial activity and periodic natural disasters pose challenges for public health. The free tool, called HGBEnviroScreen, addresses these challenges and empowers residents and community stakeholders.

Researchers found that the most vulnerable census tracts have multiple predisposing factors such as flooding, social vulnerability, and proximity to environmental sources. According to the researchers, information from HGBEnviroScreen can provide insights into which factors would benefit most from improved planning, policy, and action in order to reduce future vulnerability. 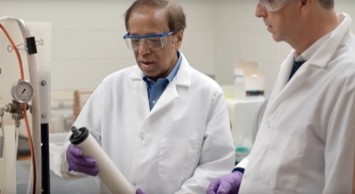 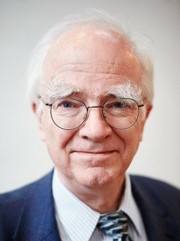 Grandjean has been studying the health of 2,000 Faroese children since 1985.
(Photo courtesy of the University of Rhode Island)

Exposure to perfluoroalkyl substances (PFAS) during prenatal and early childhood periods could alter metabolic hormones in children, according to a study from the University of Rhode Island Superfund Research Program (SRP) Center. The researchers found that with increased early-life exposure to PFAS, adipokine hormone levels during childhood decreased. Adipokines are a family of hormones thought to play a key role in energy metabolism.

Previous studies linked low levels of adipokines with weight gain, being overweight, and insulin resistance. As a result, these hormone changes could explain the Center's past research findings that revealed associations between PFAS and higher childhood body mass index.

The study's senior author, Philippe Grandjean, M.D., Ph.D., leads a project team at the Center that is studying the effects of early exposure to PFAS, chemicals resistant to breakdown in the environment. Early exposure may occur through a mother's placenta or breast milk, as well as contaminated food or water.

For the study, Grandjean used data from an NIEHS-funded birth cohort in the Faroe Islands, located in the northern Atlantic Ocean. Researchers analyzed PFAS concentrations in blood samples from 80 Faroese mother-child pairs. Blood was taken from mothers during pregnancy and from children at three different points from ages 5-13. Researchers also analyzed concentrations of three different adipokines in children from ages 5-13.

Out of the three adipokines tested, girls experiencing increased concentrations of PFAS exhibited lower levels of two adipokines, and boys exhibited lower levels of the other adipokine. They also found that exposure during the prenatal and early childhood window had a greater overall effect on adipokine changes, compared to other time windows. According to the authors, this study indicates the importance of analyzing windows of susceptibility and sex differences when considering early-life PFAS exposure.