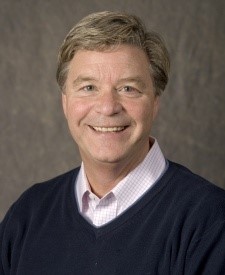 Schnoor has pioneered the science and practice of phytoremediation, which uses plants and microbes to reduce toxicants in the environment. It is a natural, green, and cost-effective way to clean up hazardous waste sites, contaminated soil and groundwater, and agricultural runoff.

During the award ceremony, Joel Burken, Ph.D., a former SRP grantee, described Schnoor as a "thought leader and scientist," and indicated that "few if any other individuals or labs have covered this breadth of the science and engineering in the field."

Currently, Schnoor leads an Iowa SRP Center project using phytoremediation to degrade polychlorinated biphenyls (PCBs) from soil and groundwater. PCBs are classified as human carcinogens and have been banned from the United States since 1979. However, they are still found in water, soil, sediment, and animal and plant tissue.

Because phytoremediation puts plants in direct contact with these toxicants, understanding the fate of these chemicals and how plants help in the degradation process is important. According to Burken, Schnoor has laid a solid foundation for understanding what happens to pollutants after they are taken up by plants.

In his award address, Schnoor spoke about how plant science has changed the field of environmental chemistry, contributing to the cleanup of contaminated sites. He also explained how the microbes within plants are beneficial in removing pollutants.

In addition to receiving the award, Schnoor was honored through a special symposium, where those inspired by his work were invited to give lectures. Iowa SRP Center Director Keri Hornbuckle, Ph.D., and Iowa SRP Center researchers Tim Mattes, Ph.D., and Benoit Van Aiken, Ph.D., were among those who discussed their research. Each scientist explores how PCBs impact a specific part of the global ecosystem.

Hornbuckle discussed her work to identify sources of PCBs in indoor air, including PCB emissions from paint, chalk, and paper. Her research has shown that the inhalation of indoor airborne PCBs might be just as important as exposure to PCBs through diet.

Van Aiken described his recent study in which he identified plant genes that stimulated the breakdown and detoxification of certain PCBs.

Lastly, Mattes described his research on PCBs in aquatic sediments and the roles of microorganisms and genes in PCB sediment cleanup, which may lead to improvements in PCB sediment removal strategies.