Blocking Mosquitoes with a Graphene Shield 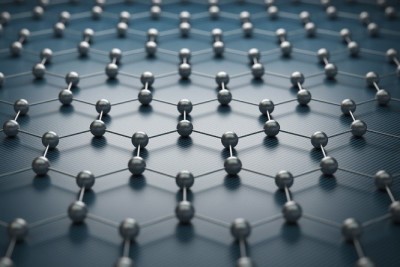 Graphene, shown in an artistic rendering, is incredibly thin and invisible to the naked eye, yet harder than diamonds, stronger than steel, and a better conductor of electricity than copper.

An innovative graphene-based film helps shield people from disease-carrying mosquitoes, according to a new study. The research, conducted by the Brown University Superfund Research Program (SRP) Center, was published August 26 in the Proceedings of the National Academy of Sciences.

“These findings could lead to new protective methods against mosquitoes, without the environmental or human health effects of other chemical-based repellants,” said Heather Henry, Ph.D., a health scientist administrator with the NIEHS SRP.

The study, led by Brown SRP Center Director Robert Hurt, Ph.D., shows that graphene, a tight, honeycomb lattice of carbon, could be an alternative to chemicals now used in mosquito repellants and protective clothing.

Through an SRP research project, Hurt fabricates and tests high-performance, graphene-based environmental barriers to prevent the release and transport of vapor toxicants. Several years ago, he began devising suits with graphene to protect workers against hazardous chemicals at environmental cleanup sites. Hurt and his team also started looking into other applications for the effective barrier.

In the new study, researchers found dry graphene film seemed to interfere with mosquitoes’ ability to sense skin and sweat because they did not land and try to bite. A closer look at videos taken of the mosquitoes in action revealed that the insects landed much less frequently on graphene than on bare skin. The graphene film also provided a strong barrier that mosquitoes could not bite through, although when wet with sweat, mosquitoes landed on skin.

NIEHS SRP Director Bill Suk, Ph.D., was pleased to see that this new use for graphene was developed as an offshoot of his program’s work. “SRP is a problem-solving program,” said Suk. “This is a significant public health problem that is in need of a solution."

To read more about this work, see the September 2019 issue of the NIEHS Environmental Factor.