A new Superfund Research Program (SRP) study showed that arsenic-exposed Chileans with lower socioeconomic status (SES) were more likely to develop diabetes than those with higher SES. According to the authors, these results suggest that low SES individuals may be more vulnerable to some of the harmful effects of arsenic exposure, such as type 2 diabetes. 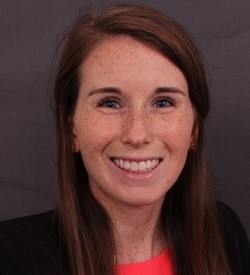 Eick is a Ph.D. candidate at the University of Georgia, working with Jose Cordero, M.D., as part of the Northeastern University SRP Center.
(Photo courtesy of Stephanie Eick)

During her externship, she used data collected from a cancer study in Northern Chile to evaluate links between arsenic, diabetes, and socioeconomic status. The study population gets their drinking water from municipal sources that have been monitored for arsenic for many decades, with wide ranges in concentrations during that time. Because of the comprehensive records of past arsenic water concentrations, the researchers can estimate lifetime arsenic exposure.

Both arsenic and low SES have previously been linked to type 2 diabetes, so Eick set out to evaluate whether arsenic-related diabetes risks differ between people with low and high SES. She used data from a self-reporting survey to estimate SES, which collected information such as ownership of household appliances and cars. The researchers also collected information about participants' sex, diet, weight, and other health conditions.