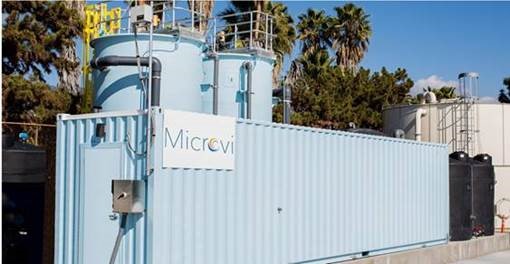 Installed in 2017, an existing Microvi treatment facility in Pasadena, California treats and returns 200 million gallons of water per year.
(Photo courtesy of Microvi)

"More than 200,000 people served by the CVWD will see real economic and public health benefits," said Chief Executive Officer of Microvi Fatemeh Shirazi, Ph.D. "This outcome was only possible by the investment of the NIEHS Small Business Innovation Research program early in our technology development."

The project, a collaboration between WesTech Engineering, Inc. and CVWD, is slated to be completed in the Fall of 2019. Microvi MNE technology has been approved by the California Division of Drinking Water and is NSF certified and approved.