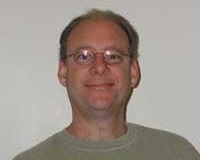 Brusseau is a professor in the School of Earth and Environmental Sciences at the University of Arizona.
(Photo courtesy of Mark Brusseau)

A computational model can be used to measure how different factors influence the removal of groundwater contaminants at hazardous waste sites, according to a study from the University of Arizona Superfund Research Program Center. Researchers led by Mark Brusseau, Ph.D., developed the predictive model and found that their contaminant estimates from the model compared well to measurements taken at a Superfund site.

Their model uses the relationship between reductions in contaminant discharge and removal as the metric to examine remediation efficiency. Characterization methods such as this may help researchers more easily understand factors that may impact the distribution of contaminants at a site, which can provide more information about the effectiveness of remediation efforts.

Building on these findings, the research team used the model to examine factors that influence contaminant removal in large groundwater contaminant plumes. Specifically, they looked at areas with low groundwater flow adjacent to large aquifer systems, which is common at many hazardous waste sites.

They found that the location of pump-and-treat wells, relative to contaminated water, can have a significant impact on how effectively contaminants are removed and how they persist in large groundwater systems. Based on well configuration, zones may be formed where contaminants remain stagnant, which reduces the effectiveness of pump and treat. This illustrates the need for dynamic system operations in which the system is routinely monitored and operational conditions are modified to maintain peak performance.

In a 2017 Risk e-Learning webinar, Brusseau described this work, as well as other efforts to improve characterization methods to understand the factors contributing to the persistence of contaminants in groundwater.